Prosecutors are seeking at least 14 months in jail for a 32-year-old man with dual citizenship who defaulted on his national service (NS) obligations for nearly 13 years.

The prosecution yesterday appealed to the High Court against the initial 10-month jail term handed down in June by a district court to Douglas Tan Chin Guan, who is a Singapore citizen by birth.

Tan, who has a Malaysian birth certificate, passport and identity card, has also appealed, and is pushing for a fine.

The law graduate, who surrendered to the authorities in March 2016, has since completed his full-time NS with the Singapore Civil Defence Force.

A key issue in the case is when he became aware of his citizenship and his liability to serve NS.

Tan, who grew up in Malaysia, contended that in his early years, he believed he was only a Malaysian citizen. He said he knew he was a Singapore citizen only at the age of 22 in 2008, when his Malaysian father and Singaporean mother dropped the bombshell.

However, the district judge who sentenced him found that he was aware of his Singapore citizenship earlier. Among other things, Tan studied at Anglo-Chinese School (Independent) for two years while paying subsidised school fees as a Singapore citizen. 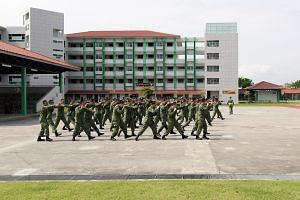 Thai man, who used to be a Singaporean, admits to defaulting on NS obligations 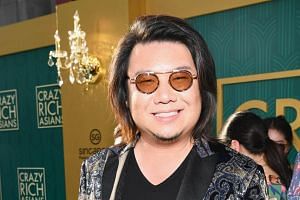 The court heard that Tan's parents lived in Malaysia, but he was born in Singapore after his father was posted here for work. He was three weeks old when his mother moved back to Malaysia.

While he was reading law at the University of Nottingham, his parents received two notices for him to register for NS. His father asked for a deferment, but it was rejected.

Tan contended his parents kept him in the dark about the notices and took it upon themselves to resolve the matter with the Ministry of Defence. He said it was only when he returned from Britain in 2008 that his parents told him he was liable to serve NS and that he had already defaulted on his obligations for years.

His parents also said he risked losing his Malaysian citizenship if he served NS in Singapore, which could be seen as an act of treason.

"This avalanche of news was profoundly shocking to our client," his lawyers Koh Kok Kwang and Karin Lee argued. "Singapore was essentially a foreign country to Douglas." They noted that Tan's parents stopped using his Singapore passport when he was five years old.

While at ACS(I), Tan thought of himself as a foreign student and issues relating to fees were handled by his parents, said the lawyers.

But Deputy Public Prosecutor Ho Lian-Yi argued that Tan and his parents had "blatantly and knowingly gamed the system" to take advantage of his dual citizenship. The DPP cited an e-mail from Tan's mother in 2008 saying he was sent to study here to experience life in Singapore so he could decide where to make his permanent home. Tan was also awarded a scholarship under the Music Elective Programme open only to Singapore citizens, the DPP said.

The case was adjourned for a decision on Oct 22.