Police told The Straits Times earlier this month that there has been an increase in the number of reports of people falling victim to scams.

Home Affairs Minister K Shanmugam also said in a written reply to Parliament that scams committed over the phone and on social media - these include credit-for-sex scams, Internet love scams, kidnap hoax scams and lottery scams - have more than doubled in a year.

Here are some recent examples of high-profile scams that have prompted the authorities or affected companies to issue public warnings.

Members of the public have been advised to lodge a police report if they are approached by salesmen attempting to sell them fire safety products claimed to have been endorsed by the Singapore Civil Defence Force. 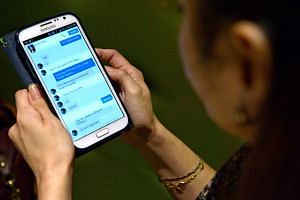 Smart, but scammed: Con artist victims come from all walks of life 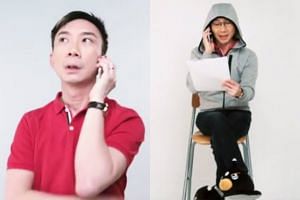 Don't fall for this Mini Cooper "giveaway" scam on Facebook

Using aggressive, "hard-sell" sales tactics, they show their company pass with photo identification or the Civil Defence Emergency Handbook or even threaten to issue fines to the public if they do not purchase their products. Read more here.

OCBC Bank said on July 18 that it has seen a sharp rise in phone scams impersonating the bank in recent weeks, having received 1,081 calls from July 1-17 from customers and the public on the matter - compared to just 16 for the whole of April.

The scam typically begins with an individual receiving an automated voice call which prompts for a response. Read more here.

A group of "insurance salespeople" knocked on doors in a HDB block in Sengkang on July 9, telling residents they were from Pasir Ris-Punggol Town Council.

They claimed to be selling a "sofa insurance police" and that the residents would have to pay the town council a fee to check their sofas for insects. Read more here.

The supermarket chain warned the public of a phishing scam making the rounds online and on WhatsApp, which promised to give away $500 in vouchers for filling in an online survey.

The survey calls for users to answer questions about their shopping habits, forward the link the 10 other contacts and fill in their personal details. Read more here. Utility company SP Services said earlier this month it had made a police report after customers complained of receiving calls informing them that their accounts were in arrears or that their electricity meters needed to be changed.

They were then asked to make payment to a designated account. Read more here.

Last month, the Ministry of Manpower raised the alarm over a scam involving bogus phone calls by a person impersonating a ministry or government official.

The scammer would ask his victims to transfer money to an account to "resolve issues related to their stay in Singapore or work pass application". Read more here.

Police said on June 8 that more than $4 million have been lost by victims of phone scams since March, with most cases involving callers who impersonate overseas officials.

These "officials" tell potential victims that parcels containing illegal items had been shipped in their names, and that they must remit money to overseas bank accounts as a fine or a bribe.

The scam is believed to have originated in China. Read more here.