She sold stake in business despite order to freeze assets pending end of $9.5m lawsuit

A businesswoman who is being sued for $9.5 million by three businessmen from China for alleged fraud sold off a stake of her kindergarten business despite a court order to freeze her assets pending the outcome of the lawsuit.

Yesterday, Song Fanrong, 45, a naturalised Singapore citizen originally from China, was jailed for breaching the Mareva injunction after the three plaintiffs brought contempt of court proceedings against her.

Senior Judge Andrew Ang ordered Song to be committed to prison until further orders. He will review the case on Sept 27.

Song ran eight kindergartens, including Buttercups branches in Pasir Panjang and Rochester Drive and Frobel preschools in Kallang and Woodlands.

Her punishment for contempt is the latest development in a High Court suit for fraudulent misrepresentation, filed in March by Mr Wang Cheng, Mr Liu Guohui and Mr Chen Xiaopu. The three, who are friends, made their millions in real estate.

They allege that Song misled them into believing that she could help them apply for Singapore permanent residency or citizenship through her "good connections".

The three, represented by Mr Quek Mong Hua, said in their suit that she claimed to be well connected. She told them she was the chairman of an association founded by Chinese revolutionary Sun Yat-sen and supported by the Government.

She also claimed that her Singaporean husband, Mr Teo Kuei Yang, was the brother of the Deputy Prime Minister, said court papers.

They said they signed contracts with Song after she offered to help them move to Singapore under a purported scheme which required at least $500,000 invested in a Singapore company.

Mr Wang paid her more than $610,000. Mr Liu said he invested $798,500 in her kindergartens after she told him about the Government's emphasis on early childhood education.

Mr Chen paid $2.1 million to invest in Song's kindergartens and her fengshui business.

The men later found out that, among other things, the minimum investment under the actual scheme was only $50,000. In Song's defence, she said the trio chose their own investments. 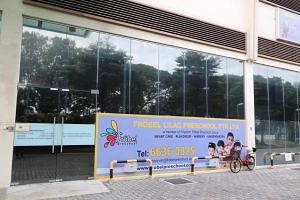 They signed agreements stating that Song would buy the units in her name and transfer the properties to the plaintiffs after they obtain permanent residence.

In total, they paid her $5.5 million. They later found out the agreements had no legal effect.

But Song said the trio had persuaded her to buy the properties in her name and the paperwork was handled by Mr Wang.

In May, despite the Mareva injunction to freeze her assets, she sold 2 per cent of her shares in Friedrich Frobel Holding, the parent company of her kindergartens. As sole director, she also sold some of the firm's stake in two Buttercups kindergartens. The payments totalling about $300,000 were made to her bank account in China.