SINGAPORE - The police have hauled up 26 people for their suspected involvement in e-commerce scams and offences related to commercial crimes.

In a release on Thursday (Feb 28), the police said that 18 men and eight women aged between 16 and 70 were rounded up by after a three-day operation conducted by officers from Jurong Police Division from Monday to Wednesday.

Of the suspects, 21 are being investigated for money laundering and are believed to have allowed their bank accounts to be used to facilitate scams.

Three of the suspects are being investigated for cheating. If convicted, they face up to 10 years' jail and a fine.

The remaining two suspects are being investigated for criminal breach of trust as a servant. If found guilty, they may be jailed for up to 15 years and fined. 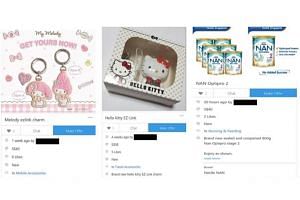 Police said in their statement that they take a serious view against those who may be involved in scams and frauds.

They advised members of the public to adopt these measures to avoid falling for online purchase scams:

- Be wary of online advertisements of items at cheap prices that sound too good to be true. Avoid buying items on impulse and read reviews of sellers before committing to purchases.

- Do not fall for scammers' tricks where they use a local bank account or provide a copy of their identity card or driver's licence to convince buyers that they are genuine sellers.

Members of the public should always reject requests by others to use their bank accounts or phone lines as they would be held accountable if these accounts are found to be linked to illegal transactions, the police said.

Members of the public can provide scam-related information by calling the police hotline on 1800-255-0000 or by submitting the information online at www.police.gov.sg/iwitness