An accountant misappropriated nearly $4 million from his employer over four years by issuing cheques which he later deposited into his own bank accounts.

Some of the money was also deposited in a friend's account.

Filipino Ariel Biasong Salamanes, who worked for QlikTech Singapore from April 1, 2012, to July 5, 2017, issued 451 cheques before remitting nearly all of his ill-gotten gains out of Singapore.

Salamanes, 42, was sentenced yesterday to 9½ years' jail after pleading guilty on Tuesday to three counts of criminal breach of trust and five falsification of accounts charges.

He had also admitted to seven counts of removing the benefits of his criminal activities out of Singapore. Another 267 charges were considered during sentencing.

He also had access to his employer's chequebooks linked to two bank accounts. He was later authorised to sign singly on the cheques for payments of any amount up to $10,000.

After receiving the ill-gotten gains, Salamanes would withdraw most of the monies and remit them overseas via remittance agencies.

The remittances to the Philippines were to bank accounts belonging to Salamanes as well as his family and friends, said the DPP.

She added: "To ensure that his misdeeds would go undetected, he instructed others to make false entries into the company's electronic accounting system, making them believe the cheque payments were legitimate. He did this by sending them photocopied 'dummy cheques' he created, which contained false recipient names... and fictitious purposes for the payments. 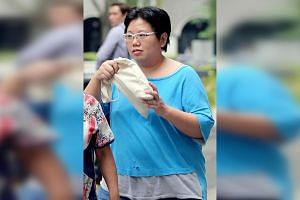 Salamanes has made no restitution, but the court heard that QlikTech managed to claim about US$2.86 million (S$3.9 million) from its insurer, which was almost the entire sum misappropriated.

For each count of criminal breach of trust, Salamanes could have been jailed for up to 15 years and fined.