SINGAPORE - A 27-year-old man is being investigated by the police for lodging a false report.

In a statement on Tuesday (Nov 15), police said that the man lodged a report at Toa Payoh Neighbourhood Police Centre on Sunday (Nov 13).

The man said that he was attacked and robbed by three men he did not know of his personal belongings, including a mobile phone, along MacPherson Road earlier in the day.

He claimed that he later sought medical assistance at a hospital for the injuries from the purported attack.

But police officers from the Tanglin Division found many inconsistencies during investigations and determined that the man had given false information to the police. 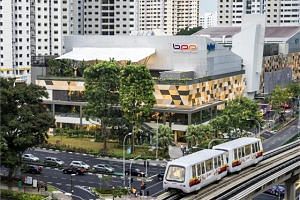 Anyone convicted of giving false information to a public servant can be jailed for up to a year, fined up to $5,000, or both.

This follows another case in which a 35-year-old woman was also investigated for lodging a false report with the police.

The woman informed the police on Sunday that a man tried to abduct her son by pushing the pram away while she was shopping at Bukit Panjang Plaza.