SINGAPORE - A lawyer, who allegedly misappropriated $11,000 entrusted to him, appeared in court via video link on Monday (Oct 21).

Zaminder Singh Gill, 56, who is said to have committed the offences while working at Hilborne Law, was charged last week with three counts of criminal breach of trust as an attorney.

Gill was still in remand on Monday afternoon before District Judge Terence Tay reduced his bail to $30,000, noting that even though the amount allegedly misappropriated was large, it was "not exceptionally so".

As part of his bail conditions, Gill must not contact people, such as the alleged victims.

He must also surrender to the authorities all travel documents in his possession.

Gill, who is no longer working for Hilborne Law, is accused of misappropriating $6,500 from a person called Wang Yanyan in August last year.

Earlier this year, he allegedly misappropriated a total of $4,500 from two more people - Del Rasulee Mazlan and Zhou Fengxing.

Court documents did not reveal any details about the trio's identity or their relationship with Gill.

Mr Shiever also said Gill had earlier left Singapore for Thailand without knowing that there was an investigation against him. 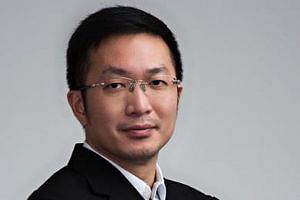 Lawyers who put own interests above clients' could be struck off

Gill found out about the case only after returning here on Oct 14, the court heard.

Stressing that Gill faces only three charges, Mr Shiever pleaded for a reduction in the bail amount and told the court that his client is not a flight risk.

She added that offenders convicted of criminal breach of trust as an attorney face a jail sentence that is "not insignificant".

The DPP also told the court that Gill's "primary family are out of Singapore". It was not mentioned where they are based.

For each count of criminal breach of trust as an attorney, he can either be jailed for life or jailed for up to 20 years and fined.