SINGAPORE - The verdict for the Kovan double murder trial has been set for Dec 4, after the prosecution and defence on Monday (Nov 23) made closing submissions to sum up their cases.

He fled to Johor Baru on his scooter that night but was arrested at a popular eatery there two days later and extradited back to Singapore.

Iskandar, who had hatched a plot to rob the older man of his money, does not dispute that he stabbed both men and caused their deaths.

He insists that the older Mr Tan first attacked him with a knife, and that he stabbed and slashed him after wresting the knife away. Similarly, when the younger Mr Tan entered the house and charged at him with fists clenched, he retaliated, swinging his knife wildly. 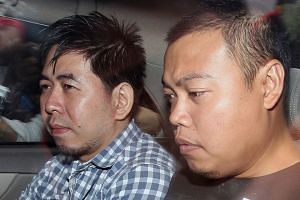 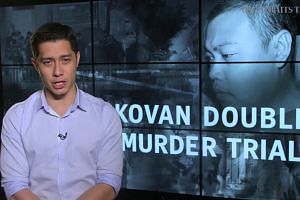 One issue before the court is Iskandar's intention in inflicting the multiple knife wounds on father and son. The court also has to decide whether Iskandar can rely on self-defence and sudden fight as defences to murder.

On Monday, Public Prosecutor Lau Wing Yum urged Justice Tay Yong Kwang to convict Iskandar of murder with intention to kill under Section 300(a) of the Penal Code, for which the death penalty is mandatory.

The DPP said that the nature, number and location of the knife wounds, mainly on the vital areas such the head, neck and chest, clearly showed that Iskandar had intended to kill them.

He said that Iskandar had failed to adequately explain why he inflicted 23 knife wounds on the father and 17 on the son, even after discounting the defensive injuries on the men.

Iskandar's lawyer, Mr Shashi Nathan, argued that just because the victims suffered a large number of injuries did not mean Iskandar had intended to kill them. 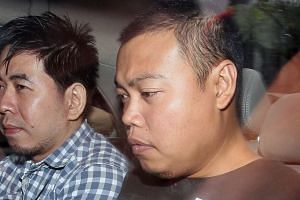 "I'm not asking you to acquit him of murder," he told the court. "He knows he has killed two people, he knows he has to suffer the consequences."

Mr Nathan contended that Iskanadr should be found guilty under Section 300(c), in which murder is committed with the intention of causing bodily injury that is sufficient in the ordinary course of nature, to cause death.

The death penalty is not mandatory under Section 300(c) and the court has the discretion to sentence the accused to life imprisonment and caning.