SINGAPORE - A transnational fraud syndicate, believed to have cheated victims of Internet love scams here of at least $700,000, has been busted by the Singapore and Malaysia police forces.

The syndicate, based in Malaysia's Kuala Lumpur, is suspected to be involved in impersonation phone scams targeting banks, and Internet love scams across various jurisdictions, said the Singapore Police Force in a statement on Tuesday (Feb 18).

The Singapore Police Force said that on Dec 26, a complaint was lodged here over $50,000 that was transferred out of a person's bank account without his authorisation.

Investigations found that a man impersonating the complainant had called the bank's contact centre to request to change his phone number and mailing address.

The man was able to give the complainant's personal and banking information - which he got illegally from other criminals - to the call centre operator to make the change in contact information.

Members of the syndicate then gained unauthorised access to the complainant's Internet banking account and made fraudulent transactions using the SMS one-time-passwords received on the updated phone number.

Since the complainant in the unauthorised bank transfer case was not an Internet love scam victim, investigators believed that the syndicate could be responsible for committing different types of transnational fraud and scams. 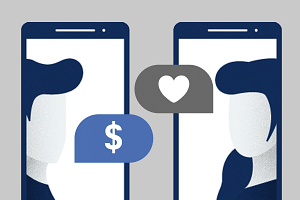 Then last Thursday, Malaysia's CCID officers acted on information provided by CAD, and raided an apartment in Kuala Lumpur. There, they arrested the two Nigerian men and Zambian woman for their involvement in phone scams targeting banks globally.

The three were also believed to be part of a syndicate responsible for at least 12 cases of Internet love scams which lost victims in Singapore at least $700,000.

Several telecommunication devices, laptops and ATM cards were seized during the operation.

In Singapore, CAD officers arrested the Malaysian man for allegedly facilitating the transfer of criminal proceeds to the syndicate.

CAD director David Chew said that the case shows that "syndicates are motivated to commit different types of lucrative cross-border scams at the same time in a world that is well-connected by the Internet and modern telecommunications infrastructure".

Mr Chew advised financial institutions to be wary of fraudsters who have illegally obtained their customers information and impersonate their customers to make fraudulent phone or online transactions.

"Financial institutions should consider the risks, and adopt additional measures, as necessary, to verify their identities," he said, adding that members of the public should not divulge their personal and banking information to third parties.

He also thanked Malaysia's CCID director Mohd Zakaria Ahmad and his officers "for their strong support and exemplary efforts in this joint operation".