SINGAPORE - The High Court on Wednesday (Nov 16) allowed an appeal by the third wife of alleged match-fixing kingpin Dan Tan and reduced her sentence for lying to anti-graft investigators about two of her husband's laptops.

In cutting her jail term from two months to three weeks, Judicial Commissioner See Kee Oon said it was clear that "no appreciable harm or potential harm" flowed from the false information Guan Enmei, 41, had given to the Corrupt Practices Investigation Bureau (CPIB).

The laptops did not contain any relevant or useful information and there was no evidence that her lie had delayed, hindered or diverted CPIB's investigations into her husband's match-fixing activities, he noted.

"The crucial consideration in my view is that Madam Guan's conduct could not and did not prejudice the CPIB's investigations in any way or result in any miscarriage of justice," said the judicial commissioner in his oral grounds.

Moreover, the laptops were already in the CPIB's "safe custody" when she gave the false information, the judicial commissioner pointed out. 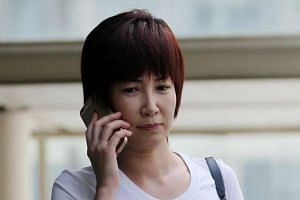 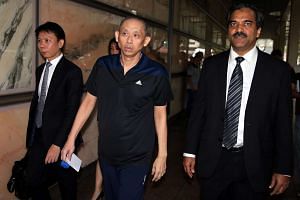 Tan, described by Interpol as "the leader of the world's most notorious match-fixing syndicate", is being detained without trial under the Criminal Law (Temporary Provisions) Act.

On June 6, 2013, he was asked to report at the CPIB office. Before Tan left home, he told Guan to take two laptops, place them in a bag and safekeep them until he got back. That afternoon, Guan was herself told to report to the bureau.

As her usual driver was unable to pick her up from home, he arranged for another driver to do so. When the driver arrived, Guan put a white Dior paper bag in the back seat before getting into the front passenger seat. She phoned Tan's alleged accomplice, Eric Ding, for advice about the two laptops while on the way to the bureau.

On arriving at the CPIB carpark, Guan met her usual driver and asked him to hold on to the bag for her until she came out of the building. He then waited with it at a nearby coffee shop, where it was later seized by graft investigators.

When questioned about the bag and laptops by a CPIB investigator, Guan insisted she did not know anything about them.

In June (2016), Guan was found guilty of giving false information to the officer and sentenced to two months' jail. The prosecution appealed, seeking four to six months' jail, while Guan appealed against her conviction and sentence.

The judicial commissioner dismissed the prosecution's appeal, rejecting its arguments that a harsher sentence was warranted as the false information was given in the context of high-profile investigations relating to an international match-fixing syndicate.