SINGAPORE - A 17-year-old student who slashed another teenager with a bread knife on an Institute of Technical Education (ITE) campus last year was given a chance to reform on Thursday (April 21) after the High Court heard an appeal which set out his "unstable" family background.

Instead of 18 months' jail and six strokes of the cane, Muhammad Zuhairie Adely Zulkifli will now undergo reformative training, a strict regime aimed at rehabilitating young offenders behind bars that can last between 18 months and three years.

In allowing Zuhairie's appeal, Justice Chan Seng Onn told the teen that he was prepared to give him a chance because he was still young. Addressing Zuhairie in a stern tone, the judge reminded him that he had committed a serious offence and urged him to learn to manage his anger. "You better make use of this opportunity to reform yourself," the judge said.

Earlier in the appeal hearing, Zuhairie's lawyer, Mr Benny Tan, set out the backdrop of his upbringing in a bid to let the court understand his act of violence towards the victim, 18-year-old Ahmad Nurthaqif Sahed.

Zuhairie grew up witnessing domestic violence and both his parents were in and out of jail for drug offences, said Mr Tan. In 2012, at the age of 12, he was placed in the care of the Muhammadiyah Welfare Home. It was the home that approached Mr Tan's firm Trident Law Corporation to take up Zuhairie's case. 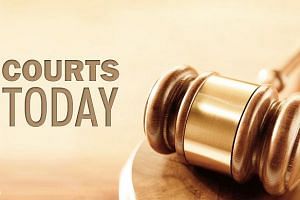 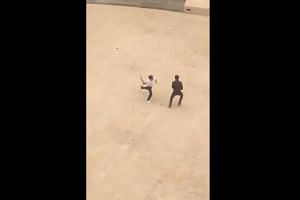 Mr Tan said that Zuhairie was generally a good student when he was studying at Northlight School and is now studying to retake his N levels.

There are two paths ahead of Zuhairie, said the lawyer. If he is sent to jail, it was a message that the system is giving up on his reform; if he is sent to a reformative training centre, it would provide an environment his parents did not give him.

The prosecution argued that reformative training was not sufficient punishment for the brazen attack; while rehabilitation is usually the main consideration in sentencing young offenders, a deterrent sentence was warranted in this case.

Three days later, Mr Nurthaqif went to the ITE College West campus to meet his girlfriend, a first-year student there. When he saw Mr Nurthaqif, Zuhairie confronted him. Zuhairie then went to his locker, retrieved a bread knife with a 35cm blade and charged at Mr Nurthaqif, who was with his girlfriend at a large open space known as the Piazza.

Zuhairie slashed Mr Nurthaqif and continued swinging the knife even as the latter tried to run away. Video clips of the attack, taken by a student, were widely circulated on social media. The defence played the two clips at Thursday's appeal hearing.