Former BSI Bank wealth planner Yeo Jiawei, 33, was slapped with two more charges of cheating on Tuesday (May 24), bringing the total number of charges he faces to nine.

Yeo, who has been in remand for 38 days, is accused of deceiving BSI by dishonestly concealing that he would receive through Bridgerock Investment - a firm controlled by him - a portion of the fees paid to Pacific Harbor Holdings.

He had gotten BSI to enter into an agreement in August 2013 with Pacific Harbour Holdings, the investment manager of Pacific Harbor Global Growth.

He also allegedly concealed from BSI that he would receive, through Bridgerock Investment, a portion of the management fees paid to Devonshire Capital Management. 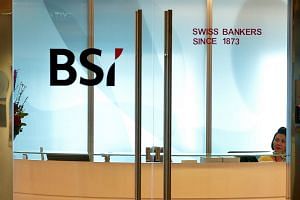 MAS to shut down BSI Bank in Singapore for alleged money laundering; 6 staff to be probed 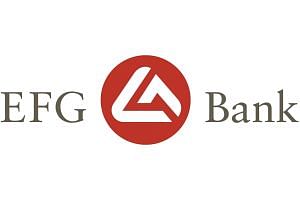 Sale of BSI to Swiss rival EFG allowed to go ahead, CEO quits

Yeo had induced BSI to enter into an agreement with Devonshire in February that year.

Yeo's lawyer, Senior Counsel Harry Elias, and the prosecution also argued for and against granting of bail yesterday.

Mr Elias said only two of the nine charges were non-bailable, and argued that there was no risk of Yeo absconding as his roots are here.

Yeo, he said, is prepared to give a written undertaking not to contact any possible victims or anyone.

He accused the prosecution of wanting to keep Yeo in "perpetual remand'', and said his client needs to be bailed out so he could take meaningful instructions from him. He suggested bail to be in the region of $200,000 to $400,000.

Opposing bail, Second Solicitor-General Kwek Mean Luck said while Yeo was out on police bail in March, he breached his bail conditions by contacting witnesses to "collaborate'' stories to provide a "consistent response'' to the Commercial Affairs Department (CAD) if questioned.

Yeo also met Kelvin Ang Wee Keng, 34, who has since been charged with corruption. Mr Kwek said Yeo had also contacted another individual and told him to destroy evidence and make himself unavailable for questioning by the CAD.

Investigations showed that Yeo appeared to have been in contact with "key figures'' who are central to the web of transactions being investigated up to the point of his arrest, he said.

"There is a real risk of further tampering with witnesses if the accused is released on bail. There is a strong public interest against the granting of bail,'' he said.

Investigations are on-going, the court heard.

District Judge Christopher Goh will give his decision on bail tomorrow afternoon.