SINGAPORE - The trial for the duo involved in now-defunct The Real Singapore (TRS) sociopolitical website opened on Monday (March 7) morning with one of the defendants indicating she would plead guilty.

Ai Takagi, 23, indicated she would plead guilty and her case will be mentioned at 2.30pm on Tuesday (March 8).

She and her husband, Yang Kaiheng, 27, have been charged with seven counts of sedition for articles published between October 2013 and February last year that allegedly promoted ill-will and hostility between different races or classes in Singapore.

With the case against Yang due to proceed on Friday (March 11), Deputy Public Prosecutor G. Kannan said the couple were "wildly successful in their efforts to profit from the ill-will and hostility that they were peddling."

Among the contentious articles published by the couple was one falsely asserting that a Filipino family had caused an incident between the police and participants of the Thaipusam procession.

The maximum punishment under the Sedition Act is a $5,000 fine and three years’ jail on each charge. 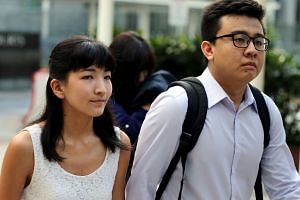 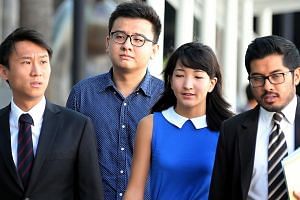 Couple behind The Real Singapore charged with sedition

The duo are also charged with one count of failing to produce documents to the police.

In a statement, the duo's lawyer Choo Zheng Xi said: “Today, my client Ms Ai Takagi has taken responsibility for her role in running The Real Singapore. She has taken a plea of guilt in relation to charges under the Sedition Act. This was not an easy decision for her to make."

Mr Choo added that Yang intends to claim trial to clear his name and "will put up a vigorous defence in the hope of obtaining justice".

The prosecution will call on six witnesses - five policemen, including the investigating officer Roy Lim, and a Madam Gowri, who will make statements related to TRS' articles on Thaipusam.

The TRS website was shut down by its editors last May, after the Media Development Authority (MDA) suspended their licence to operate the site and ordered them to take it offline.

The trial is expected to last 14 days.