School counsellors could accompany their students being taken to the police station for investigation, the State Coroner suggested, as an inquiry into the death of a schoolboy, which raised questions about how young suspects are investigated, came to an end.

Making it clear that the police and the school acted sensitively in the case of 14-year-old Benjamin Lim, State Coroner Marvin Bay made other suggestions yesterday to mitigate the risks for young people under police investigation. Both the police and the Ministry of Education (MOE) agreed to examine them.

The suggestions touch on communicating clearly and directly with the young suspect, putting his worst fears at rest and offering him a reassuring presence.

Catastrophic thinking and miscommunication could have contributed to the death of Benjamin, which Coroner Bay ruled a suicide. His suggestions are aimed at preventing these in similar cases.

Benjamin, who was under investigation for molestation, was taken to the police station alone. Coroner Bay suggested that a school counsellor could have accompanied him.

"I am, of course, not suggesting that counsellors should become advocates for the child or actively participate in the interview process, but rather to be present as resource persons to meet any arising needs from the police, the student or his caregivers," said Coroner Bay. 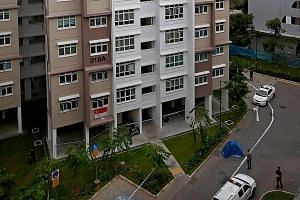 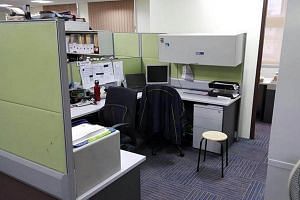 Benjamin did touch the girl, but did not grope her

Who pulled him out of school camp?

In a statement, the Singapore Police Force said it would consider this suggestion, and was already examining whether young offenders should be accompanied by appropriate adults.

Coroner Bay said the counsellor would also be able to provide real- time information to parents on the location of the child - Benjamin's family were frantic with worry about his whereabouts - while monitoring the child's emotional state.

Benjamin, a North View Secondary School student, was found dead at the foot of the Yishun block where he lived on Jan 26, hours after being questioned at Ang Mo Kio Police Division for the alleged molestation of an 11-year-old girl in a lift.

Coroner Bay noted that a senior staff sergeant had told Benjamin's mother about a range of possibilities that applied to the boy, including that he could be let off with a warning. "There does not seem to be any indication... that (Benjamin) was made aware of this."

Since young people often fear the worst, he said, it would be useful to give them a better sense of what they faced. Between 2011 and last year, only 15 per cent of juvenile suspects who assisted in investigations were charged in court.

After Benjamin returned home from the police station, his mother received a call from the school counsellor. The counsellor said she suggested that the boy skip an upcoming school camp, but Benjamin's mother told him that the school had decided he could not attend it.

He was found dead soon after.

"(Benjamin) was unfortunately passed a garbled message that a peremptory decision had been made for him not to be part of the school camp," said Coroner Bay.

He suggested that schools communicate directly, preferably face to face, with their students on any action they planned to take, to avoid misinterpretation.

An MOE spokesman said: "We are currently studying the suggestions that the coroner has made in relation to certain school processes and will consider them in tandem with the ongoing review by the police of their protocols for interviewing young offenders."

Coroner Bay said the school staff and police officers acted properly and sensitively, "given (Benjamin's) age and status as a student".