SINGAPORE - A 47-year-old company director, who raped his son's former girlfriend, had his first sexual relationship at age 13 with his family's maid, based on his account to a government psychiatrist after his arrest.

The man also told the psychiatrist that his father had multiple affairs with women he would bring home, and that his mother once overdosed on pills she was taking to cope with the stress caused by her husband's infidelity.

These details emerged in the High Court on Friday (March 9) when former Institute of Mental Health consultant Bharat Saluja took the stand to testify that the accused was not suffering from any mental disorder at the time of the offences.

Dr Saluja was disputing the opinion of defence psychiatrist Tommy Tan who had concluded in a report that the accused was suffering from major depressive disorder at the time as a result of various stressors at work and at home.

On Tuesday (March 6), the man, who cannot be named under a gag order, admitted that he had sexually abused the girl over a period of 1½ years when she was between 11 and 13 years old.

He had found her nude pictures, which she had sent to his son on Facebook, and contacted her on the pretext of talking to her about her break-up with his son. But he drove the then Primary 5 girl to Copthorne King's Hotel and raped her in a room that he had booked.

Despite initial anger over the rape, the girl grew to like the man and continued meeting him for consensual sex acts in carparks, hotels and the rooftop of her condominium. 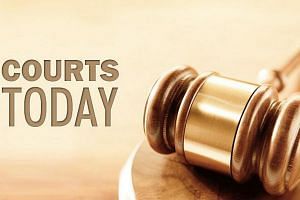 Although he pleaded guilty to two charges of statutory rape and one charge of sexual penetration of a minor, the defence, in mitigation, is seeking to rely on a psychiatric report that states he had major depressive disorder.

Director who raped son's ex-girlfriend 'had affairs to cope with depression': Psychiatrist

As the prosecution does not accept this, a hearing is being held to debate psychiatric evidence from both sides.

On Friday, Dr Saluja stood by his opinion that the man did not have any mental disorder at the time. He had interviewed the accused over four sessions in July 2014 after the man was charged in court, to determine whether he was mentally fit to plead.

During the interviews, the man told Dr Saluja that his family was akin to those in Hong Kong drama series and he did not see his parents as a unit. His father sometimes brought other women home and he has four half-brothers from two of his father's other "wives".

When he was 13, he had a sexual relationship with the family's domestic worker, who was in her late 20s. But his father found out and the maid was asked to leave. This saddened him and he tried to jump from a building, the man told Dr Saluja.

After getting married in 1998, he had two extramarital affairs with adult women. His wife found out about this in 2004.

The man said he has been hearing voices since he was six but Dr Saluja concluded this was part of his "internal dialogue" and not due to any psychotic illness such as schizophrenia.

In his account of the offences to the psychiatrist, the man claimed that after he saw the girl perform oral sex on his son, he no longer viewed her as "just a girl".

The man said that when he met the girl at the hotel she complained of a backache so he gave her a massage and ended up having sex with her.

Commenting on the accused's explanation, Dr Saluja said perpetrators who carry out socially unacceptable behaviour such as sex with young girls would try to create reasons for their acts so that it does not become their fault but because of something that someone else did.

Dr Saluja said the man's ability to rationalise his behaviour showed that he was not suffering from depression.

He added that people with depression would not be able to find enjoyment in any activity, but, in the man's case, he was enjoying sexual activities with the girl.

Dr Saluja said the man may have mental health issues but this did not equate to a mental disorder. Giving examples, he said that stomach cramps did not necessarily mean a stomach ulcer, nor does joint pain automatically mean arthritis.

He said a depressed mood by itself is not a mental disorder, unless it affects one's ability to carry out day-to-day functions. In the man's case, he was able to function well, said Dr Saluja.

"His brain was working, he was a very sharp man, not a person with a depressed cognition."

Dr Tan is expected to take the stand next Friday.