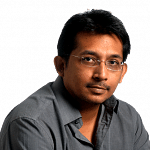 If there was one clear message yesterday from the guilty verdicts for all six accused in the City Harvest Church trial, it is that the courts here will not tolerate any hanky-panky when it comes to charity money.

There is no excuse, even if they were acting on faith in a magnetic spiritual leader - in this case Kong Hee, who went from a computer science graduate to the founder of a wealthy mega-church with more than 30,000 members at its peak.

But what should also not be forgotten is that it was a decision by a whistle-blower which got the ball rolling. In 2003, church member Roland Poon went public about the growing disquiet over how the church was spending donated money on pushing the pop music career of Kong's wife Ho Yeow Sun.

The 2005 National Kidney Foundation (NKF) scandal also had its roots in a whistle-blower - a contractor in his 50s, who donated to the cause and wanted to be known only as Mr Tan. He revealed how he had installed a gold-plated tap at the charity's headquarters, opening a can of worms that led to an overhaul of the way charities are regulated.

An independent KPMG audit of NKF revealed systemic weaknesses, such as how the Commissioner of Charities could step in only after a complaint was made. NKF was also able to overstate subsidy figures, treatment costs and patient numbers, despite repeated audits.

What should also not be forgotten is that it was a decision by a whistle-blower which got the ball rolling. In 2003, church member Roland Poon went public about the growing disquiet over how the church was spending donated money on pushing the pop music career of Kong's wife Ho Yeow Sun.

In the wake of the report, the Commissioner of Charities (COC) became a full-time position. The oversight system was given tools to be more proactive, with the power to call for documents, search records of charities and appoint auditors to investigate. And in 2007, the Charity Council was formed to push charities into adopting good governance and best practices.

Even so, there was a recognition the authorities could do only so much. Prime Minister Lee Hsien Loong highlighted the role of the whistle-blower, explaining that there was no way the Government could keep watch on everything.

This was reiterated to The Straits Times by social service veteran Gerard Ee, current chairman of the Charity Council, who took over the reins at NKF to set things right.

"The role of a whistle-blower is very important," he said yesterday. "If you're a member of the organisation and you know something is amiss but you keep quiet, then you're equally guilty. If you sense that something is wrong, then you should question it. If the financial information is not available, then you should ask why it isn't available."

Still, it will be good if such information was readily accessible.

SPH Brightcove Video
The City Harvest Trial saw all six co-accused, guilty of all charges made against them in a multi-million dollar fraud case. Watch as we explain what the case is about, and what will be interesting to watch as the next development.

A plan to ensure that all charities' financial statements are posted on the COC's online Charity Portal for free viewing is yet to come to full fruition. Deadlines have been set and missed over the years. Until now, the past two years of accounts of CHC, a registered charity since 1993, are not available on the site.

"A majority of charities are not large... They don't raise a lot of funds and it may be a challenge for them to have the resources to collate financial statements on a timely basis," said Mr Ee. "The last thing we want to do is to close down charities, especially if they're doing something for a good cause. We just have to keep encouraging them to post their financial information online."

But larger religious charities like CHC are a breed apart. They work behind closed doors, and donations are at times made with a blind conviction that those in charge will always do the right thing under the scrutiny of heaven.

Kong preaches the controversial prosperity gospel, which boils down to "give, and you will receive". The more the tithe, the more the followers will get back materially on earth. As CHC's online donation page puts it: "We believe that our giving is a form of worship."

Former CHC members have spoken of the pressure they felt to donate. Some say they left when the returns never came even as church leaders seemed to be living the high life. And it is not easy to raise the issue publicly, given the possible backlash from fellow worshippers, or a higher power.

In 2003, Mr Poon came forward just before the MTV Asia Awards, where Ms Ho was vying for the Singapore Favourite Artist Award. At the time, there were allegations that church members were being used to drum up votes for her.

Kong insisted not a single cent in church funds was used to buy or promote her albums. In a week, Mr Poon, a 53-year-old businessman at the time, retracted his allegations and spent over $30,000 on apologies in newspapers. But as Mr Poon's daughter told The Straits Times yesterday: "We now know that what he did was right."

A version of this article appeared in the print edition of The Straits Times on October 22, 2015, with the headline City Harvest trial: Saga highlights crucial role of whistle-blower. Subscribe