The proceedings captured much attention both in Singapore and abroad.

The New York Times, in a report titled "Singapore Megachurch Founder Is Convicted of Fraud", focused on Kong and his wife Ho Yeow Sun, whose music career was funded with millions siphoned from the church.

Kong and the story of the church's rise to popularity were also the centre of an article from the Wall Street Journal, and an Associated Press report, which ran in The Guardian and other news websites. 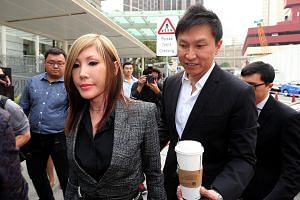 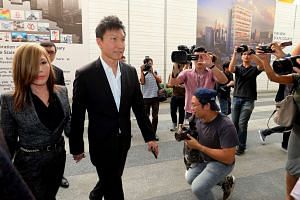 The BBC, aside from its report on the verdict, examined Ms Ho's failed pop career. It detailed how she was restyled as a "vampy rapper-singer" in 2007 and produced singles which met with limited success.

Britain's The Telegraph also shone the spotlight on Ms Ho's pop star ambitions, which Kong claimed was part of the church's mission to evangelise through her music.

"The evangelical message of the brash videos with international music and modelling stars was not immediately clear," it wrote.

Vice News's report cites Ms Ho saying that she had thought about quitting the Crossover Project many times, only to change her mind upon seeing fans' reactions after her concerts.

Hong Kong's South China Morning Post added to its wire report by speaking to the senior pastor of a Hong Kong megachurch, who said that churches should be careful when managing funds from its congregation.