That was what Justice Woo Bih Li asked Lam's lawyer Senior Counsel Kenneth Tan in court on Thursday (Sept 15), where the six church leaders convicted of multi-million dollar fraud were to present their appeals.

"We are saying John Lam was being used to facilitate the plan without knowing the full picture," said Mr Tan.

The first to present his case before a three-judge panel, Mr Tan said his client was merely a volunteer, and not an inside man to the conspiracy to funnel millions from City Harvest Church's (CHC) building fund to fuel the pop-music career of Ms Ho Yeow Sun.

The six CHC leaders at the centre of this multi-million dollar financial scandal are arguing against their convictions and sentences, while the prosecution is appealing for longer deterrent sentences. 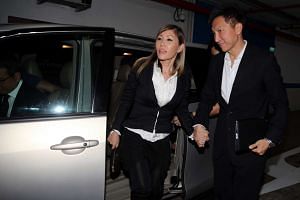 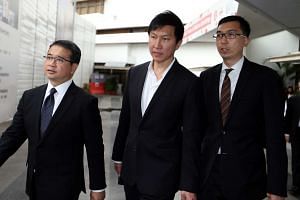 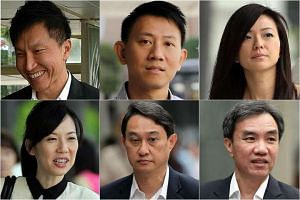 In October last year, they were convicted of misappropriating millions in church funds to fuel the pop music career of Ms Ho in a church mission known as the Crossover Project.

The court found that they had invested $24 million from CHC's building fund in bogus bonds from music production company Xtron and glass-maker Firna, but this money was in fact used to fund the Crossover Project.

Lam faces three charges for being involved in the bogus investment bonds and has been sentenced to three years' jail.

Mr Tan said there was no basis for any inexorable inference that Lam knew the funds from the Xtron and Firna bonds were controlled by fellow co-accused and CHC founder Kong Hee, 52, and that the bond's repayment was controlled by Kong and three of the other co-accused.

He pointed to the fact that Lam was not copied in important e-mails where these plans were discussed.

If Lam was an inside man, he would have been copied in a lot more e-mails, said Mr Tan.

He added that his client had believed the bonds were bona fide investments.

Kong is expected to present his case in the afternoon.