That was what Deputy Public Prosecutor Christopher Ong told the court on Tuesday (Sept 20) morning. He was responding to the arguments against conviction put forth by the six CHC leaders at the centre of a multi-million dollar financial scandal.

The court found that they had invested $24 million from CHC's building fund in bogus bonds from music production company Xtron and glass-maker Firna, but this money was, in fact, used to fund the Crossover Project. 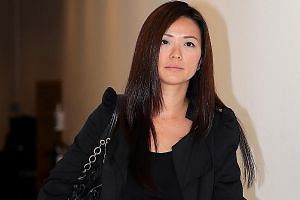 The six, including Kong, are appealing against their convictions and sentences, while the prosecution is also appealing - for longer sentences.

DPP Ong said the CHC leaders knew the bond instruments were not investments but were in fact "excuses to expend building fund money on Sun Ho's music career".

Addressing the arguments by the CHC leaders that there was a need for secrecy in carrying out the Crossover Project in order to avoid uncomfortable public scrutiny, DPP Ong said it was "strange" that the only thing that needed to be "secret" was the fact that Ms Ho was funded by the church's building fund - which was "buried so deep that even the auditors don't know about it".

He told the court that it was public knowledge that Ms Ho was the "famous pastor Kong Hee's wife" and that Kong would come out to preach at the end of her concerts.

"Where is the secrecy in this?" asked DPP Ong.

Instead, the court handed out much lower terms in part because it found that the six had not been motivated by personal gain, and the church had not suffered any wrongful loss.

The six were given jail terms of between 21 months and eight years, with Kong facing the longest term.

The appeal is being heard by Judge of Appeal Chao Hick Tin, and Justices Woo Bih Li and Chan Seng Onn.

Arguments for the appeal will continue on Wednesday.