An islandwide police operation led to the arrest of 31 people for suspected involvement in illegal horse-betting activities, the police said yesterday.

The 27 men and four women were arrested during raids on Sunday by officers from the Criminal Investigation Department and the six police land divisions.

The suspects, between 45 and 78 years old, include illegal bookmakers, runners as well as gamblers.

Police also seized about $15,000 in cash, mobile phones and pagers, as well as documents such as betting records, during the operation.

Under the Betting Act, any person convicted of betting with a bookmaker can be jailed for up to six months and fined up to $5,000. 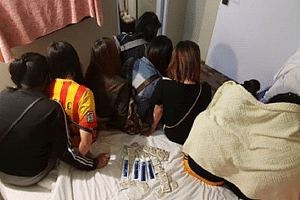 Any person convicted of involvement in bookmaking can be jailed for up to five years and fined up to $200,000.

The police said they take a serious view of all forms of illegal betting activities and will continue to take tough enforcement action against those involved, regardless of their roles.

Members of the public are advised to steer clear of all forms of illegal gambling activities, the police added.