SINGAPORE - The number of young people arrested in the first half of 2017 fell compared to the same period last year, according to the latest figures released by the police.

However, police noted an upward trend in youth being nabbed for two crimes: shop theft and possession of offensive weapons.

A total of 317 young people were arrested for shop theft - an increase of 10 cases from the same period in 2016.

There were 47 arrests for possession of dangerous weapons, up from 30 cases.

To create more awareness of the consequences of committing these two crimes, Community Police Unit (CPU) officers from various Neighbourhood Police Centres stepped up their community engagement efforts from Aug 14 to 28. 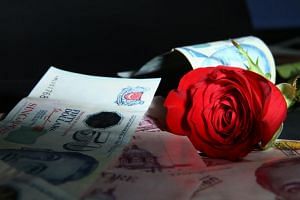 Over 4,000 young people were engaged over the two-week period.

Police said CPU officers provided information on what  the circumstances that could lead to the offences, and how young people can prevent themselves from infringing the law.

Youth were advised not to succumb to temptation or peer pressure to steal, and to not carry dangerous items such as knuckle dusters in public.

Besides these efforts, police also issued crime advisories to schools for dissemination to students.