SINGAPORE - The number of corruption cases handled by the Corrupt Practices Investigation Bureau (CPIB) was at a new low last year despite an increase in corruption complaints, latest CPIB statistics showed.

Of the 132 cases, 11 per cent involved public officers - a drop of four percentage points compared to the previous year.

The remaining were private sector cases.

The figures were released on Thursday (April 7) morning, at the launch of the bureau's roving exhibition, Declassified: Corruption Matters. 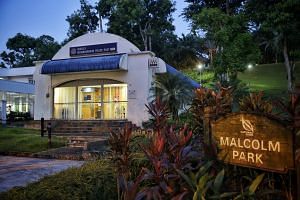 Singapore's first prime minister Lee Kuan Yew and his team knew Singapore had to start from a clean slate of no corruption, he said.

"They understood that one term of an incompetent, corrupt Government, and the system will go corrupt, and the cancer would be embedded in the system," said Mr Lee.

It was symbolic that the older Mr Lee and his People's Action Party colleagues wore white shirts and trousers at their first swearing-in ceremony, and made it the party's uniform.

"It symbolised their determination to keep the government clean and incorruptible, and it has set the tone for Singapore ever since," he said.

Singapore's strict anti-corruption laws, such as the Prevention of Corruption Act, puts the burden of proof on the accused to show that he had acquired his wealth legally, said Mr Lee.

To enforce such laws, Mr Lee added, the CPIB is kept independent, and can investigate anyone, including senior public officials and ministers.

"Everyone knows that when the CPIB calls you up to 'lim kopi', it is not a casual invitation," said Mr Lee, using the Hokkien phrase for 'drink coffee'.

Singaporeans, too, expect and demand a clean system, and do not condone giving or accepting "social lubricants" to get things done.

"They readily report corrupt practices when they encounter them. Singaporeans trust that the law applies to all and that the government will enforce the laws without fear or favour," he said.

At the exhibition at the ground level of the National Library, Mr Lee also presented commendation plaques to individuals from the public and private sectors who have rejected bribes in their course of work.

The exhibition, which charts Singapore's anti-corruption journey, will be held at the National Library from Thursday (April 7) to May 22. It will then travel to libraries in Tampines, Bishan, Jurong and Woodlands from June to October.