SINGAPORE - China's state planning commission held a forum in Singapore on Friday (Nov 17) to promote the country's expertise in high-speed trains, as the Chinese signal their intent to bid for the Singapore-Kuala Lumpur high-speed rail (HSR) project.

The symposium at Shangri-La Hotel held by China's National Development and Reform Commission (NDRC) was attended by representatives of Singapore's Ministry of Transport, including Transport Minister Khaw Boon Wan.

Slated to be in operation by the end of 2026, the Singapore-Kuala Lumpur high-speed rail will cut travelling time between the two cities to under 90 minutes. The tender is projected to be called by the end of 2017.

"We are actively preparing to participate in the tender," said Mr Ning Jizhe, NDRC vice-chairman. 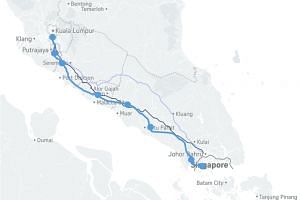 Referring to the high-speed train service around southern Hainan Island, Mr Ning said: "China has experience with the running of HSR in tropical climates, and has the world's only tropical round-island HSR." 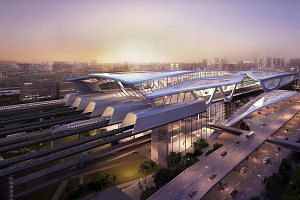 He said this allowed China better understanding of how to run and maintain the service in Singapore's local climate.

Mr Ning said the Chinese proposal will be less expensive than rival proposals from Japan and Europe, at about 60 per cent of the required construction costs.

The Chinese representatives also listed Singapore and China's strong trade relationships as an additional motivation for the two to work together on this project.