SINGAPORE - A day after a fire broke out at Terminal 2 on Tuesday, Changi Airport Group (CAG) said the decision to fully evacuate the building was to protect the health and safety of all occupants.

And now with the worst over, CAG will be conducting a detailed after-action review, together with its partners including the Civil Aviation Authority of Singapore to learn from the experience, it said.

This will include how the airport managed the complexities of moving flight operations from one terminal to another and how it communicated to passengers and if it considered their needs.

CAG also addressed the complaints of some passengers on Tuesday that communication on the ground was poor in the few first hours after the fire was detected.

It said that time was needed to assess the situation and then allocate resources to transfer passengers to T3.

As for the close to 1,000 people, who were held at the tarmac for as long as three to four hours before being moved to T3, CAG said that the original plan was to hold passengers at T2 until it was given the all-clear. 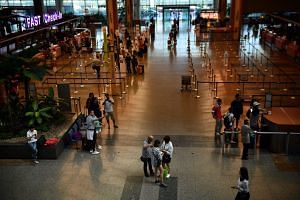 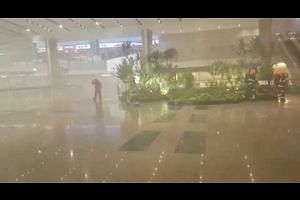 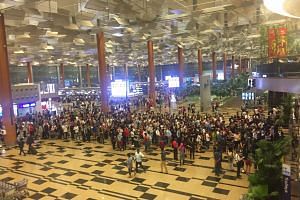 "This would have been the least disruptive option for the passengers to return to T2, either to board their flight or to collect their luggage," said its spokesman Ivan Tan.

But the situation was fluid and when it was assessed that an all-clear for T2 would take longer than expected, the decision was made to transfer flights from T2 to T3.

Passengers were then moved to T3 utilising all available resources including vehicles owned by contractors working on the Changi East, or the future Terminal 5, project.

The T2-to-T3 transfer, however, meant that significantly more airport staff had to be reallocated to T3, many of whom were themselves earlier evacuated and had to be reorganised, Mr Tan said.

"Time was needed for this and this resulted in delay in communicating flight details to passengers," he admitted.

Mr Tan also noted that the evacuation of T2 was ordered at 6.10pm by the Chief of the Airport Emergency Service, about half an hour after the fire was discovered in a room holding air-conditioning equipment.

This meant the loss of the use of a terminal during a period when the airport was at its busiest.

A key challenge was also making decisions under conditions that were evolving and uncertain.

"A wrong decision would have resulted in chaos in the terminals," he added.

Eventually to clear the backlog, thousands of airport workers with the help of airport partners stayed beyond their shifts to help.

In total, the airport handled 308 flights, with almost 55,000 passengers from 6pm on Tuesday to 3am the following morning when the airport resumed operations.

"Foremost in our efforts was ensuring the safety of all, while minimising the inconvenience to passengers. We knew that as a result of the flight disruptions many people's travel arrangements were affected and a good number were anxious about the situation," he said.