Singapore's Constitution will soon be changed to ensure that ethnic minorities are elected as president from time to time.

Individuals who want to run for president will also have to meet stricter requirements.

Announcing the impending changes, Prime Minister Lee Hsien Loong said that the Government accepts in principle the recommendations of the high-level panel to review the elected presidency.

The Constitutional Commission, which started its work six months ago, submitted its report last week. The Government is studying the report and it will be released "soon", said Mr Lee.

Detailing the process by which the law will be changed, he said the Government will publish a policy White Paper on the exact proposed changes.

Following that, it will introduce a Bill in Parliament to amend the Constitution to include the changes to the elected presidency. 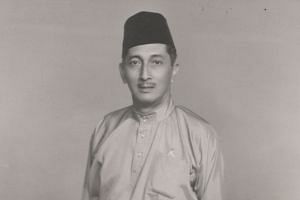 The details of these changes will be debated in Parliament after that, and at least two-thirds of the 89 elected MPs must vote for the amendment before it can be passed.

While Mr Lee did not go into the details of the specific changes recommended by the commission, he spent significant portions of his three speeches - in English, Mandarin and Malay - making the case for reform.

The commission, first announced in January, was tasked to examine three areas of review. These are raising the eligibility criteria for candidates, strengthening the Council of Presidential Advisers (CPA), and ensuring minorities are elected from time to time.

The last issue was the most contentious and during the public hearings, some experts said such a tweak was necessary to ensure minority representation. Others were concerned that doing so would be affirmative action at best and an unmeritocratic move at worst.

Last night, in his starkest comments to date on the issue, Mr Lee said it is important that Singapore ensures that minorities regularly have a chance to become president so they feel assured of their place in society.

Race, he said, still matters in Singapore despite progress in race relations the past 50 years.

This puts minority candidates at a disadvantage, especially now that presidential elections are hotly contested.

Thus, if changes to the law are not made, said Mr Lee, minorities may ask if they are truly equal and the Chinese majority may become less sensitive to the needs of other races.

Reforms must therefore be implemented now while society is united, he said.

Such periodic political reviews are essential to Singapore's survival, argued the Prime Minister.

While the political system here is good, some aspects of it need to be updated, he said.

"If the political system malfunctions, we fail to produce good leaders whom we trust and work with, or we can't work together among ourselves and we are divided, then all our best laid plans will come to naught," he added.

He pointed to anxieties and pressures in other countries that had led to deep fault lines between the haves and the have-nots, and to a mistrust of political leaders.

For instance, Britain had voted to leave the European Union for complex reasons that included socioeconomic inequality and a lack of faith in the political class.

Such a situation can also happen in Singapore unless its politics unite the country and uphold multiracialism, he added.

Besides ensuring ethnic minority representation, changes to give more weight to the advice of the CPA have been proposed and will be incremental and straightforward, he said.

Also, the criteria for someone to be a candidate for president should be raised to ensure that the president, who safeguards reserves and senior civil servant appointments, has the right experience.

Mr Lee argued that the president has to make critical economic and policy decisions sometimes, which is why Singapore needs the best qualified person for the job.

The current criterion of having had experience running large, complex companies with paid-up capital of $100 million is out of date and thus has to be updated, he said.