Today marks the start of Singapore's first presidential election reserved for Malay candidates, as application opens for those who hope to run in the race in September.

Unlike past elections, candidates have to apply not only for a certificate of eligibility, but also a community certificate confirming they belong to the Malay community.

In addition, they have to make a formal declaration that they understand the role of the president.

Private-sector corporate chiefs eyeing the post are required to hand in financial statements as well that show the value and profitability of their company.

These changes to the administrative procedures for electing a president were announced in the Government Gazette yesterday.

They fleshed out the constitutional changes made to the elected presidency last November.

A new feature in the nomination papers is an undertaking that candidates can choose to sign. It is a pledge to campaign for election in a dignified manner, in keeping with the president's position as head of state and a symbol of national unity.

The two key changes, passed by Parliament, are a tightening of the eligibility criteria for candidates, and reserving an election for a particular racial group that had not been represented in the office for five terms in a row.

Yesterday, the Election Department (ELD) said people can get the relevant application forms from its website or office in Prinsep Link, near Dhoby Ghaut.

They have at least 2-1/2 months to prepare the required documents because the final day for filing their papers is the fifth day after the Writ of Election is issued.

The writ will be issued "later in August'', the ELD said in a statement.

Aspiring candidates will be told before Nomination Day whether they qualify.

Successful candidates will have their nomination papers, including their financial statements, made public on Nomination Day, in a move to discourage them from exaggerating their credentials and encourage transparency.

The financial statements have to be prepared according to accepted accounting standards.

They must show that the company had, on average, at least $500 million in shareholders' equity for the latest three years they helmed it.

Also, the company must have made after-tax profit, on average, for the entire time they were in charge.

A new feature in the nomination papers is an undertaking that candidates can choose to sign.

It is a pledge to campaign for election in a dignified manner, in keeping with the president's position as head of state and a symbol of national unity.

Yesterday, the ELD also announced members of the panels that will decide on who are eligible.

It is headed by Public Service Commission chairman Eddie Teo.

The Community Committee, which will assess whether the candidate belongs to the specified racial group, is headed by Mr Timothy James de Souza, a member of the Presidential Council of Minority Rights.

He oversees the sub-committees for the Chinese community, Malay community, and Indian and other minority communities.

All the sub-committees convene every election even if it is reserved, in case no one from the specified racial group qualifies, which means the election is open to all races.

The Malay community sub-committee, which will issue the Malay Community Certificate to candidates, is headed by Mr Imram Mohamed, former chairman of the Association of Muslim Professionals.

All five were also on the Malay Community Committee that gave the green light to Malay candidates in Group Representation Constituencies in the 2015 General Election. 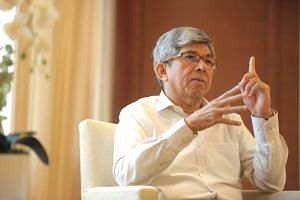 Candidates for president must see the office as a calling, uphold multiracialism: Yaacob 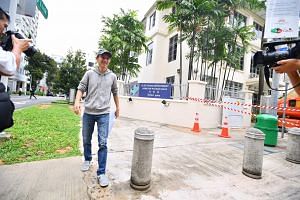 Presidential Election 2017: Shirwin Eu turns up at Elections Department on first day of application for poll

Correction Note: This article has been edited to reflect Persatuan Pemudi Islam Singapura's new name - The Singapore Muslim Women's Association. We are sorry for the error.