The Attorney-General's Chambers (AGC) has filed an application in the High Court to begin proceedings for contempt of court against Mr Li Shengwu.

In a statement last night, the AGC said it made its application against Mr Li, 32, the eldest son of Mr Lee Hsien Yang and nephew of Prime Minister Lee Hsien Loong, yesterday.

The impending proceedings involve a Facebook post Mr Li published on July 15, which the AGC said was an "egregious and baseless attack" on the judiciary.

It asked that the post be deleted and that Mr Li sign and publish a written apology on his Facebook page. Mr Li has not done so.

Earlier in the day, Mr Li said he had not intended to attack the judiciary, but had amended the post to clarify what he meant.

In the offending post, Mr Li wrote that the "Singapore government is very litigious and has a pliant court system", pointing out that because of previous legal action, foreign media had been cowed into self-censorship. The post was set to the "friends only" privacy setting, but it was published by several websites and widely circulated on social media,

In his post, Mr Li shared a link to a Wall Street Journal newspaper article giving a summary of the recent dispute between his father and aunt Lee Wei Ling on one side, and his uncle on the other, over their late father's home at 38, Oxley Road. The article was titled "Singapore, a model of orderly rule, is jolted by a bitter family feud". 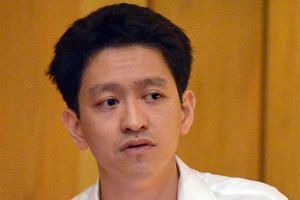 The post is an egregious and baseless attack on the Singapore judiciary and constitutes an offence of contempt of court.

SENIOR STATE COUNSEL FRANCIS NG, in a letter of warning to Mr Li Shengwu on July 21.

Well, this is a new development. Fortunately, my friends know how to call a spade a spade.

MR LI SHENGWU, in a Facebook post late last night after the AGC said it had begun contempt of court proceedings against him.

He also included a link to a 2010 New York Times editorial critical of his late grandfather, founding prime minister Lee Kuan Yew, and the Government over what it deemed as censorship of the foreign press. The commentary described the late Mr Lee as the "designer of draconian press laws", which have been used to suppress legitimate criticism.

Li Shengwu responds to AGC, says earlier post when taken in context is not in contempt of court

On July 21, the AGC issued a letter of warning to Mr Li, asking that he "purge the contempt".

"The post is an egregious and baseless attack on the Singapore judiciary and constitutes an offence of contempt of court," Senior State Counsel Francis Ng wrote in the letter to Mr Li, which was released to the media yesterday.

Mr Ng pointed out that the fact the post was republished widely was "an entirely foreseeable consequence". He cited three reasons:

• The fact that Mr Li was the grandson of the late Mr Lee Kuan Yew.

• The "highly inflammatory nature" of Mr Li's assertions, in particular against the judiciary. "These assertions directly contradict Mr Lee Kuan Yew's values and the judicial system which he spent his entire public life upholding and defending, and would therefore be very topical," wrote Mr Ng.

•The timing of the post, coming shortly after a parliamentary debate on the allegations of abuse of power that Mr Li's father and aunt levelled against PM Lee, and Mr Li's own posts publicly supporting his father and aunt.

Mr Ng asked that Mr Li comply with the AGC's instructions by 5pm on July 28.

A day before the deadline, Mr Li wrote to the AGC asking for the deadline to be extended to Aug 4, so he could "seek advice and respond".

The AGC replied that same day agreeing to extend the deadline to 5pm on Aug 4.

Yesterday, the AGC said Mr Li "failed to purge the contempt and to apologise by the extended deadline".

"An application for leave to commence committal proceedings for contempt against him will today be filed in the High Court," the AGC said in its statement.