Miss June Bai, 30, had an abortion in her early 20s, suffered from the guilt and shame of it, and now wants to help others in her shoes.

Seven or eight years ago, her former boyfriend suggested an abortion after she found out she was about two months pregnant. She "went along" with it.

She told The Straits Times: "I saw a lot of fear in his eyes. If I kept the child, would I lose him and end up as a single mum? That's really scary. I don't think I can raise a child alone. What would others and my family think of me?"

She said they split up shortly after that; the relationship collapsing under the weight of their decision to terminate the pregnancy.

Miss Bai, who is single, felt she had no right to grieve as she was the one who made the choice. So she threw herself into her job in the finance industry - her way of "escaping" the pain. But every night for 11/2 years, she cried herself to sleep.

Over time, Miss Bai, a Christian, found emotional healing through her faith. But what really helped was attending Rachel's Vineyard, a Catholic-based programme that addresses the emotional and psychological pain from an abortion, run by Family Life Society, a charity.

Two years ago, she was in New Zealand when she came across a couple collecting buttons sent by those affected by abortions - the women, the men and even other family members. The buttons served as a memorial to the aborted babies. 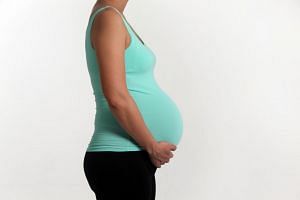 Miss Bai said: "There is no tangible way to remember the (aborted) babies and to grieve. So I thought if we have this project here, people can see all the buttons and know they are not alone."

In June, she started Buttons Project Singapore at www.buttons project.org.sg. Miss Bai and a group of women who have had abortions also started a support group on Sunday. Ms Jennifer Heng, who counsels pregnant women, said the group is the first of its kind here.

Miss Bai said: "I realise it gives people hope and strength when they realise they are not alone."

A version of this article appeared in the print edition of The Straits Times on November 15, 2017, with the headline 'Affected by ordeal, she now helps others'. Subscribe
Topics:
More
Whatsapp Linkedin FB Messenger Telegram Reddit WeChat Pinterest Print Purchase Article Copy permalink