Banking on technology to boost productivity is a risk, but Govt has no choice as S'pore has maxed out the easy ways

It is very tough to raise productivity across the board in the Singapore economy, and a risk to use technology to achieve this, said Prime Minister Lee Hsien Loong.

This is because evidence from places such as Europe shows that technology is not boosting productivity statistics as hoped.

Speaking in an interview with former ambassador Chan Heng Chee which was televised last night, he said that "just because you have a new gizmo does not mean you are going to be working smarter, or doing better, or being more profitable".

"You have to get the right gizmo and it has to fit into a business which is the right business, and you have to know how to make it work." 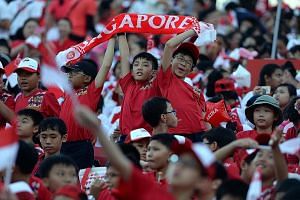 Fault lines growing beyond those of race, religion

"It may be that your life has got better because you spend a lot of time looking at your Facebook pages when you are supposed to be working," he said.

While the Government knows that banking on technology to boost productivity is a risk, it has no choice because Singapore has maxed out all the "easy ways" of economic growth, PM Lee made clear.

These include bringing women, older people and foreign workers into the labour force.

"Productivity is very tough to do. And that is what we depend on now," said PM Lee.

He said that the workforce will be growing at about 1 to 2 per cent from now on, and if that can be combined with productivity improvements for overall economic growth of 3 to 4 per cent, he would be "over the moon". Sustaining such growth for two to five years would be an "outstanding achievement".

Asked by Professor Chan to explain why a lower figure of 1 to 2 per cent economic growth would be bad for Singapore, he said that such a situation would change the entire mood of society substantively.

"We are used to high growth, 5, 6, 7 per cent... (which creates) a certain lift, optimism, vibrancy, excitement. New things happening and each time you come back the place is different...

"If you go to 1 or 2 per cent growth, life is not getting worse, but life will not be getting better in the same way," he said.

Countries in this position, like Japan, Europe and the United States after the financial crisis, experience "an angst, a fractiousness, a despondency. A whole gloom settles over the society.

"We want so many things to be better - poor people to be less poor, healthcare to be improved, schools and housing to be improved.

"But how can all our children have a better life than us, if once it reaches their generation, the economy is smaller than it was today?"

A version of this article appeared in the print edition of The Straits Times on August 03, 2015, with the headline 'A new gizmo doesn't mean one is going to work smarter'. Subscribe
Topics:
More
Whatsapp Linkedin FB Messenger Telegram Reddit WeChat Pinterest Print Purchase Article Copy permalink