An 84-year-old Singaporean woman died of complications from Covid-19 infection yesterday, the Ministry of Health (MOH) said in its daily update last night.

This brings Singapore's Covid-19 death toll to 36. Fifteen others who tested positive died of other causes.

The woman was tested for Covid-19 on June 15 as part of MOH's community surveillance testing for visitors to blocks 115 and 116 Bukit Merah View. She developed a fever and was confirmed to have the virus on the same day.

She had not been vaccinated and had a history of cancer and hypertension, MOH said. It added that the National Centre for Infectious Diseases was extending assistance to the woman's family.

In total, there were 17 new coronavirus cases confirmed as at noon yesterday, taking Singapore's total to 62,530. Of these cases, 13 were in the community, including four unlinked cases.

Among the new cases are a 21-year-old nurse and two porters who work at Changi General Hospital. The nurse has been classified as an unlinked case, while the porters, aged 48 and 66, were linked to the cluster at the hospital. The cluster now has five cases.

An Indonesian domestic worker, 43, was added to the cluster at 105 Henderson Crescent, which now has 11 cases.

A police officer, 28, also tested positive. She was deployed at the Bukit Merah West Neighbourhood Police Centre and was last at work on Tuesday.

She is one of two new cases added to Singapore's largest active cluster at 115 Bukit Merah View Market and Hawker Centre yesterday. The cluster now has 89 cases.

A 27-year-old navy serviceman, who was fully vaccinated, was among the unlinked cases. He developed a fever on Thursday and visited a polyclinic the next day, when he tested positive.

The Ministry of Defence said the regular serviceman last visited Tuas Naval Base on Thursday and the premises have since been thoroughly disinfected.

The remaining four cases were imported cases and no new cases were reported in foreign worker dormitories. 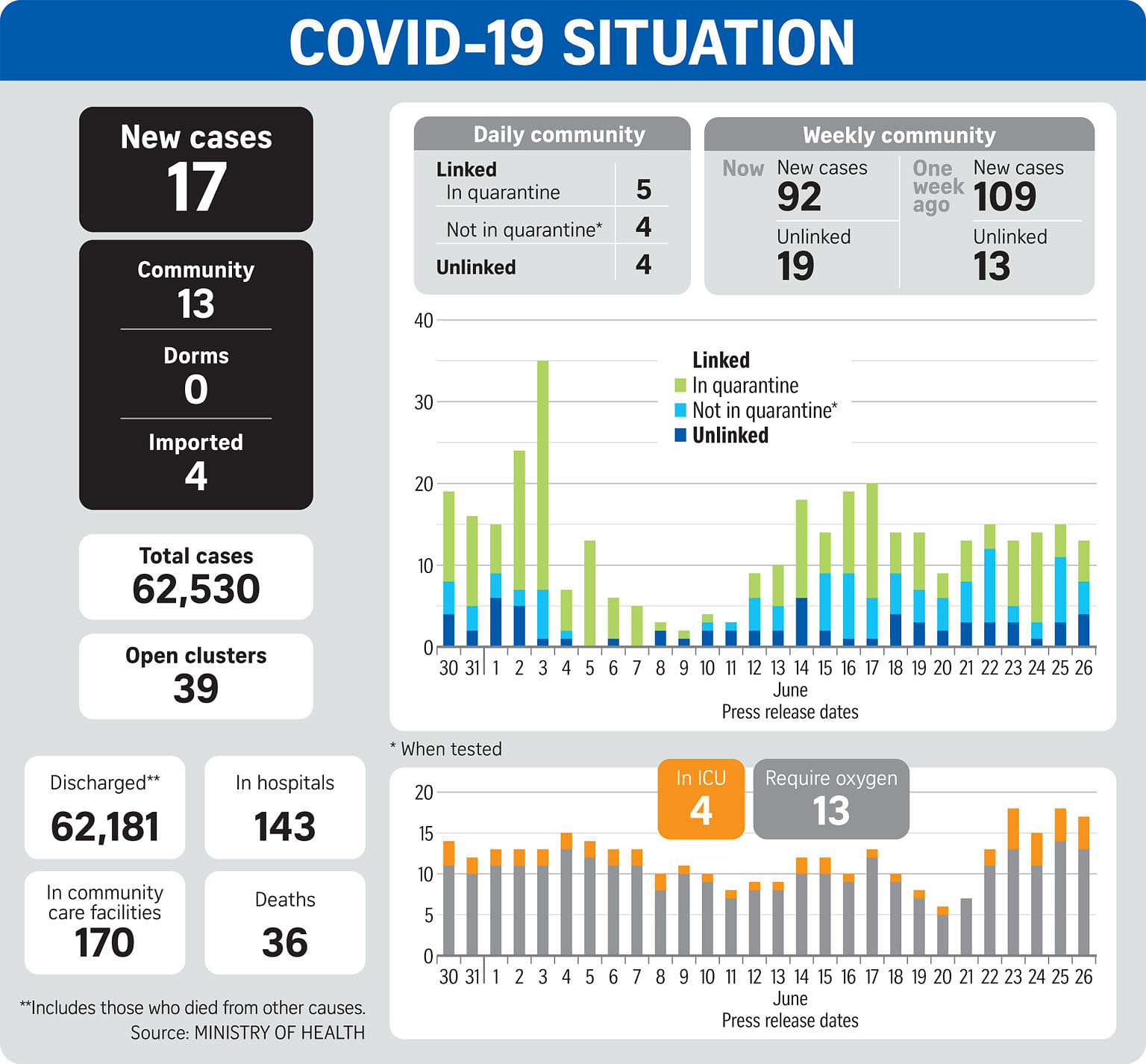