Over 70% admit they don't have life-saving skills, only 12% know SMS number for crises

Singaporeans still have some way to go before they are ready to deal with a terror attack here.

A Sunday Times poll found that about four in five Singaporeans feel unprepared if a terror attack were to hit home.

And more than 70 per cent admitted that they have not acquired life-saving skills, including cardiopulmonary resuscitation (CPR) and first aid.

Today is exactly a year after the SGSecure national movement, which aims to get all Singaporeans involved in the fight against terror, was launched.

In the past year, the authorities have organised a number of community Emergency Preparedness Days, talks and exhibitions.

Home Team officers have visited 220,000 households and more than 160 schools. 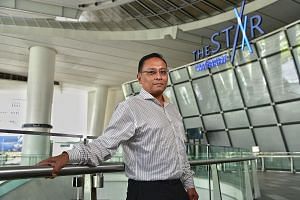 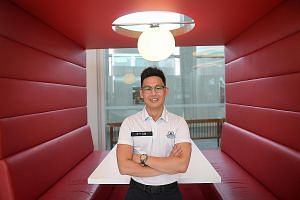 A mobile application, which allows the public to receive important alerts or send information to the authorities via text, pictures or videos, was also launched in conjunction with the campaign .

However, a Sunday Times survey of 250 Singaporeans, aged 13 to 81, found that just 14 per cent have downloaded the SGSecure app - consistent with the Ministry of Home Affairs' (MHA) update that the app has been downloaded on to 843,000 devices.

The poll also found that only about half the respondents knew how to use a fire extinguisher; 30 per cent said they were trained in first aid; and about 22 per cent are certified to administer CPR or operate an automated external defibrillator (AED).

Even more dismal was the percentage of those who knew what number to send an SMS to (71999) during an emergency, if they were unable to call the authorities. On the bright side, publicity on dealing with suspicious items and persons seems to be working. More than 90 per cent rightly pointed that they should inform service staff and the authorities if they see someone acting suspiciously at an MRT station, or if they found an unattended bag on the bus.

MHA said that while SGSecure has gained "significant momentum", more work is needed in order to sustain it. The ministry said it will be ramping up efforts in the neighbourhoods, schools and workplaces, with a focus on strengthening citizens' response in crises.

The Emergency Preparedness Day, which was revamped amid a heightened terror threat, will be rolled out at all 89 constituencies over the next 18 months. So far, it has been conducted at 36 constituencies.

Observers have said that it is not a question of "if" but "when" a terror attack will strike Singapore.

With threats against Singapore becoming more virulent, some Singaporeans have picked up skills needed to help others in a crisis.

Among them is investment analyst Kelvin Low, 29, whose workplace sends employees for CPR and AED courses and teaches them to use fire extinguishers.

While he is prepared for a terror situation, Mr Low said, the shock of an attack will affect all, "no matter how ready we think we are".

Housewife Ann Zhang, 36, said she knows it is important but has been putting off learning first aid.

"I should set time aside to pick up these skills because anything can happen, and I would want to be able to protect my loved ones," she said.

Emergency preparedness poll: Are Singaporeans ready for a terror attack?