From places of worship to educational institutions to former residences of prominent figures, 72 buildings here have been gazetted as national monuments. This is the first of a weekly series revisiting these heritage gems. Each of their stories is a yarn that is woven into the rich tapestry of Singapore's history.

In the mid-1850s, people would flock to an old pavilion in Telok Ayer to burn unwanted written materials such as old letters, medical slips, bills and auspicious banners.

The folk custom was conducted at Chong Wen Ge in reverence to the deity Cang Jie - the legendary inventor of Chinese characters.

The pavilion, built between 1849 and 1852, flanks Thian Hock Keng temple. Both structures were gazetted as national monuments by the National Heritage Board (NHB) in 1973. The pavilion's construction was spearheaded by Hokkien Peranakan merchant Tan Kim Seng.

Members of the Hakka and Teochew communities also contributed to the project, according to the NHB's Preservation of Sites and Monuments (PSM) division.

Local scholars, private school teachers and merchants would congregate at the pavilion each "spring" - every February, according to the Lunar calendar - to burn these unwanted slips of paper bearing traditional Chinese words.

An 1890 Chinese newspaper article reported that the ceremony was accompanied by music and drums, with colourful banners billowing in the wind. People would then gather the ashes and dispose of them into the waters of the Telok Ayer Basin on the pavilion's doorstep.

They treated the written word with awe and believed that anything that had words written on them couldn't just be thrown aside. They believed that they needed to be collected, burned and disposed in a proper setting that wouldn't be an insult to knowledge.

DR KANG GER-WEN, course chair of Ngee Ann Polytechnic's Chinese Studies department, saying few people had the chance to go to school in the past, and thus revered scholars and the written word.

Dr Kang Ger-Wen, course chair of Ngee Ann Polytechnic's Chinese Studies department, said few had the chance to go to school in the past and thus revered scholars and the written word. "They treated the written word with awe and believed that anything that had words written on them couldn't just be thrown aside," he said.

"They believed that they needed to be collected, burned and disposed in a proper setting that wouldn't be an insult to knowledge."

Dr Kang said this practice can be traced back to the Song Dynasty.

Culture and education continued to flourish within the grounds of Chong Wen Ge after it was run by the temple, noted Dr Kang.

In 1915, it became the Chong Hock Girls' School, which admitted male students from the 1950s.

Mr Perng Peck Seng, 64, studied in the pavilion, which had two storeys and space for two classes. Students came from around the Telok Ayer area. He said: "There were a lot of Hokkiens who lived there. I lived at 139, Cecil Street, and I would take a five- to 10-minute 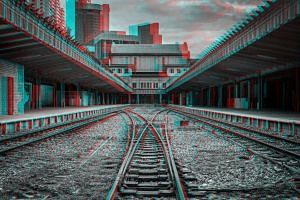 walk to school each morning. 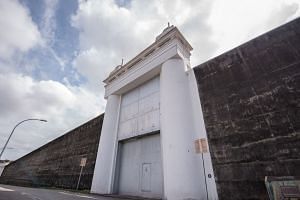 "All of us felt lucky to have a chance to study. We were very studious and well-behaved."

After school, students would step across to the Thian Hock Keng temple and play in its courtyard.

Mr Perng remembers hawkers lining the street. "Our favourite stall was the one selling ice balls. It was a sweet and cold dessert that we really enjoyed in our (climate)."

Dr Kang pointed out architectural similarities between Thian Hock Keng temple and Chong Wen Ge, such as how both have eunuch door gods flanking their main entrances.

He described the temple's four hand-painted eunuchs as "one of the most beautiful" in the world, adding that the craftsmen of the past were "extremely skilled, creative and dedicated to their art form".

For instance, the craftsmen who had worked on the building pounded gold leaf paper into powder to create a three-dimensional effect, resulting in very realistic expressions.

Eunuchs, rather than warriors, were chosen to stand guard over the temple as the religious institution is dedicated to the goddess of the seas, Mazu. Goddesses are usually guarded by eunuchs, or their female attendants, as is the custom. Chinese immigrants worshipped and thanked her for their safe voyages from Fujian province in China to Singapore.

According to NHB, the temple was built between 1839 and 1842. Its decorative features were crafted by Fujian and Teochew artisans, and its building materials had been imported from China.

According to PSM, the place of worship was designed in the traditional Hokkien architectural style with curved roof ridges.

It picked up an honourable mention at the Unesco Asia-Pacific Awards for Cultural Heritage Conservation in 2001 following its 21/2 years of restoration.

Dr Kang said both buildings had short columns sculpted with the figures of foreign men with golden and dark brown hair. These sculptures were a nod towards the contributions of foreigners in society. This design feature was common during the Tang Dynasty, a relatively cosmopolitan period in China.

Today, the temple is frequented by both Buddhists and Taoists while Chong Wen Ge is now home to a Peranakan tile gallery and cafe, as well as a music box museum. Both structures are run by the Singapore Hokkien Huay Kuan.

Heritage expert Raymond Goh, who gave a tour of the pavilion in May, hopes the new tenants will help draw people to the pavilion.

He said: "If they visit, they will get to learn more about its history, respect the written language, and become more cultured as a society, as envisaged by our forefathers when they set up Chong We Ge."

A version of this article appeared in the print edition of The Straits Times on August 04, 2016, with the headline '1850s pavilion where the written word was revered'. Subscribe
Topics:
More
Whatsapp Linkedin FB Messenger Telegram Reddit WeChat Pinterest Print Purchase Article Copy permalink