In the next few years, 150 more families are needed to foster older children and teenagers as one-third of foster charges are now aged 10 or older.

Mr Desmond Lee, Minister for Social and Family Development, urged more families "to open up their hearts and homes" to these children when he launched Foster Care Week yesterday.

It is the second edition of the move to raise awareness of foster care and encourage more families to join the scheme.

The first was held last September.

This year's theme is Fostering Changes Lives and the highlight is an exhibition of photographs that foster charges took to show the positive impact on their lives.

For instance, one photograph shows a foster child's grades improving from 56/100 in February to 87/100 in July this year.

The leap signals that the child felt sufficiently safe and supported to be able to focus on her studies, said Mr Lee, who was at his first Ministry of Social and Family Development (MSF) event since he began helming the ministry on Sept 11. He is also Second Minister for National Development. 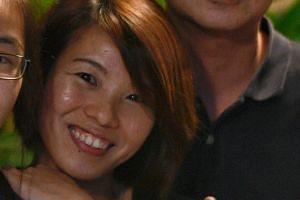 Harder for some kids to find foster care

The exhibition runs daily from 11am to 9pm till Sunday at these locations: Waterway Point, Junction 8 Atrium, Westgate Indoor Atrium and Paya Lebar Square.

The MSF Fostering Scheme, set up in 1956, has helped 5,500 foster children so far. It is for children below the age of 18 who, among other things, have been abandoned, neglected or abused, or whose parents or guardians are ill and cannot take care of them.

As of July this year, it has 430 foster parents and 450 foster children.

Police officer Gerard Nonis, 54, and his wife, Madam Susanna Daniels, 51, who have four children of their own, have been foster parents to six children of different races.

Madam Daniels, a homemaker, said: "We started doing this 17 years ago because both of us come from big families and we love children."

They now foster three children. Their foster son Timothy (not his real name), 17, is considering joining the Republic of Singapore Navy full-time. He said having foster parents in his teenage years is crucial. "We need support to help make some important decisions, including the choice of career."

Counsellor Dolly Loh, 57, has been fostering a five-year-old for two years.

Initially, the boy would throw tantrums 10 times a day because he could not verbalise his feelings. But with care and therapy, the instances of tantrums have declined to just one or two a week.

Ms Loh said: "Children need a family environment with tender, loving care to grow up in."