The flooding of an MRT tunnel last month, which crippled the North-South Line for 20 hours, has prompted an unusually large number of MPs to ask the Government to account for the episode, among other issues, when Parliament sits next week.

Ten MPs from both sides of the House will ask Transport Minister Khaw Boon Wan what caused the incident, and how to prevent it from happening again. Their questions will be answered on Tuesday.

As this two-day sitting starting Monday is likely to be the last time Parliament sits this year, MPs will debate a bumper crop of seven laws.

These will govern the upcoming railway links with Malaysia, changes to the Central Provident Fund, measures to enhance workplace safety and health as well as raise the smoking age, and tighter regulation of massage parlours, travel agents and the sale of food.

Another seven proposed laws will be introduced for debate at the next sitting, according to Parliament's official agenda released yesterday. The MPs will pose questions on a range of issues on the tunnel flooding incident, from water pump systems to maintenance regimes and rainfall.

Mr Zaqy Mohamad (Chua Chu Kang GRC) will ask if a committee of inquiry (COI) will be appointed to review the MRT tunnel flooding incident, which affected a quarter of a million commuters.

"To me, this warrants an investigation of a COI. There was more to the incident than just the failure of the pumps, given that maintenance records were falsified," he said. "There are concerns about whether integrity and discipline were compromised."

SMRT group chief executive Desmond Kuek had said at a press conference that these issues remained, despite progress on instilling a positive work culture.

Also on the agenda is how the recent announcement of zero growth in cars and motorcycles by next February will affect Singaporeans.

Mr Saktiandi Supaat (Bishan-Toa Payoh GRC) will ask if the public transport system is prepared for more passengers who would otherwise have used cars. Meanwhile, Mr Desmond Choo (Tampines GRC) wants to know how the move will affect e-commerce businesses that rely on these vehicles. 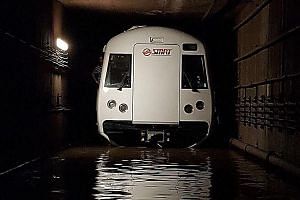 Some SMRT staff own up to lapses during 'amnesty'

Four MPs also want to know about the causes of the smoky chemical smells reported in parts of Singapore at the end of September.

Mr Vikram Nair (Sembawang GRC) will also speak for up to 20 minutes on the future of national service, after four unsuccessful attempts to do so since July.