SINGAPORE - The Workers' Party-run town council has awarded a contract for a new accounting system that it says will help address critical lapses which were flagged by an ongoing independent review.

Aljunied-Hougang Town Council (AHTC) chairman Pritam Singh, announcing this in a Facebook post on Saturday (July 30), said it had been an "uplifting last couple of days" at the town council with the awarding of the contract for the $750,000 accounting system.

He added that it "marks an important objective in working to reset fundamental control and reporting related issues at the town council".

The contract was awarded to Anacle Systems, one of two companies that tendered for the job.

Accounting firm KPMG, appointed by AHTC to look into its books, had said in its latest report that the systemic problems at the town council can only be fixed if town councillors "reset the tone at the top of AHTC" to emphasise competence and accountability. 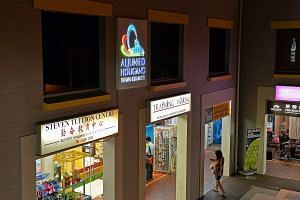 In the report, release by the WP on July 20, KPMG said it had found "pervasive" lapses in the past five years at the town council that span governance, financial control, procurement and records, among others.

Home Affairs and Law Minister K. Shanmugam, responding last Saturday (July 23) to the findings, had criticised WP leaders for not showing integrity in in managing their town council's finances and fixing lapses. He called on the party's six elected MPs to come clean on millions in irregular payments, which KPMG had flagged.

The report is part of KPMG's ongoing scrutiny of AHTC's governance and finances in the wake of a special audit by the Auditor-General's Office. The accounting firm is also reviewing past payments made by the town council to determine if they were improper.

Mr Singh also said yesterday that AHTC would continue to look for "experienced and steady hands" for its finance department as part of efforts to address issues.