The company met setbacks and challenges along the way, but pushed on and eventually succeeded, enabling it to sell its noodles overseas.

This attitude of risk-taking, and willingness to make mistakes, is what companies will need to thrive in the future, said Mr Chee Hong Tat, Minister of State for Communications and Information and Health, yesterday.

He was one of several MPs who spoke about how to spur growth amid the fast-changing global economy. Their solution: Encourage innovation so local businesses stay relevant. 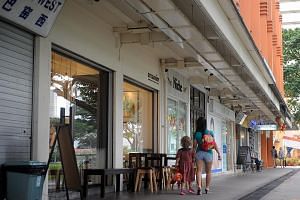 Mr Chee said innovation - such as in reclaiming smaller islands to form Jurong Island and reclaiming waste water to make Newater - had been the key to Singapore's success in the country's first 50 years.

Calling on Singaporeans to stray from their comfort zones, he said: "It is fine if we just want to cruise along in maintenance mode and make small, incremental improvements. But it is not good enough if we want to deal with difficult challenges and bring Singapore to the next higher level. To do that, we need to embrace the enterprising spirit of our pioneers and we need to innovate." 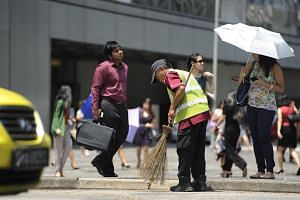 In the case of Tan Seng Kee Foods, the major breakthrough - which took almost two years of research and experimenting - allowed the springy yellow noodles used in dishes such as Hokkien mee to last up to six months with refrigeration. This opened doors to more business opportunities overseas, said the company's executive director Raymond Tan, 43.

The family-owned small and medium-sized enterprise, which used to supply noodles to just local hawkers, wet markets and wholesalers, now exports its noodles to the United States, Middle East and Europe.

Singaporeans too need to change their mindsets towards failure, to encourage risk-taking, said Mr Chee. He added: "As a society, we must not be intolerant of genuine mistakes and come down too hard on people who try and fail."

Among his suggestions to achieve this are removing unnecessary regulations that may trip up businesses based on new business models.

He also called on the Government to set up an advisory centre for start-ups that will provide the regulatory and public-sector information that the firms will need.

Concrete changes aside, Singaporeans and businesses alike will need confidence before they can innovate, said Non-Constituency MP Leon Perera.

He said: "Confident citizens would dare to switch industries, to start a business, to take time out from working to reskill or further their education. Confident companies would not be so insecure about future business costs and rentals that they cannot invest in big bets about the future or secure the funding to do so."