Mr Chan told Parliament that such investment - known as "high-mix, low-volume" with plants producing small numbers of varied items - is the kind of manufacturing that can relocate to Singapore.

He noted that these kinds of processes gravitate to countries like Singapore that have a strong intellectual property regime, agile regulatory frameworks and robust distribution networks.

Mr Chan's comments were in response to MP Saktiandi Supaat (Bishan-Toa Payoh GRC), who asked how Singapore will lure investment in the light of trade diversions and supply-chain shifts in the region.

Most production of "low-mix, high-volume" goods will not come to Singapore as high labour and land costs will prove deterrents, he added.

"But what will come to Singapore will be what we call high-mix, low-volume (production). This is where trust, standards, quality assurance (and) intellectual property protection will become very important. We have seen more of such investments siting in Singapore." 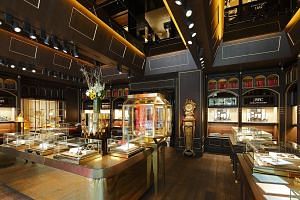 A guide to Singapore's investment landscape

The firm is investing more than $100 million to produce new medicines, and is an example of a company keen to site "high-mix, low-volume" production here, he noted. "There are, and will be, sectors that play to Singapore's advantage, but it doesn't mean that everything that moves out of China... will necessarily come to Singapore and that's not our strategy," he said.

Mr Saktiandi also asked about the potential impact of a US proposal to impose export controls on 14 categories of technology.

Mr Chan said restrictions on exports of what is deemed sensitive technology will have implications for the whole ecosystem. In the short term, companies can take measures to shift their production or supply chains.

But the greater worry is that this will lead to a fragmentation of the global technology sector, which means the production system cannot be optimised.