SINGAPORE - Technology will be used to beef up the Ministry of Home Affairs' (MHA) efforts in fighting terrorism and crime, and to ease a crunch in manpower.

MHA Second Minister Josephine Teo said during the debate on the ministry's debate on Friday (March 2) that it is "extensively using technology to transform the Home Team".

She was replying to Mr Desmond Choo (Tampines GRC) and Dr Tan Wu Meng (Jurong GRC)'s questions on how MHA is redesigning job scopes for its officers and to ensure better working conditions for the private security industry.

For example, the MHA has implemented a bio-surveillance programme in 2009 to fight biological attacks, which terrorist groups such as Al-Qaeda had been seeking to develop.

Under the programme, laboratories are equipped with state-of-the art systems to test for biological threats in three hours, much faster than the 12 hours previously, she said.

Technology has also been used to reduce the time spent on routine tasks, helping officers to do more with less.

This has also reduced the number of dangerous situations they are exposed to, she noted.

For example,the Singapore Civil Defence Force has been using its unmanned fire-fighting machine, which can go deep into dangerous areas, Mrs Teo said, adding that the machine has been "very useful in fightint major fires at Sungei Kadut, Jurong Island and Tuas".

"It is remotely controlled... much less risky than deploying our officers," she added.

The police will also be introducing a digital forensic kiosk that allows investigation officers "to directly and more efficiently retrieve, organise and analyse information from digital devices," Mrs Teo said, noting that crimes involving laptops and smartphones have "gone up manifold" as these devices had become more common.

The PolCam initiative, which involves the installation of police cameras in public areas such as Housing Board blocks, carparks and linkways to bus stations, has helped police solve more than 900 unlicensed moneylending cases since 2012.

On job redesign, Mrs Teo said that the ministry will invest in training so that officers can perform their roles more effectively.

Jobs at the Immigration and Checkpoints Authority have changed after officers are freed to perform checks based on scans instead of manual inspection after two radiographic imaging scanners are installed at Tuas Checkpoint.

The scanners look out for anomalies such as hidden compartments in all arriving buses.

In a boost for the private security sector, the MHA and Temasek Polytechnic will jointly offer a new specialist diploma in security consultancy next year, Mrs Teo said. 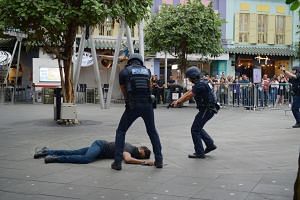 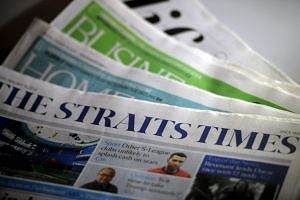 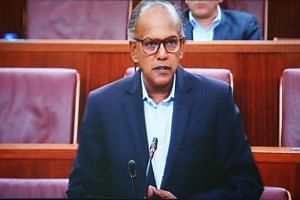 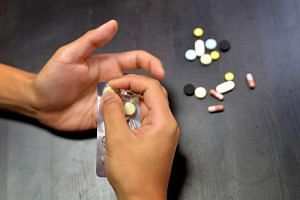 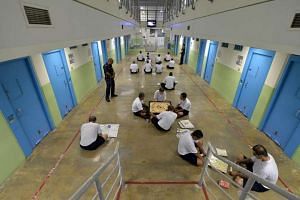