SINGAPORE - More new abusers aged below 20 were caught last year, with this group registering the biggest spike in numbers out of all new abusers.

There were 305 such abusers last year, a 30 per cent increase from the year before, which was the largest percentage increase across all age groups of new abusers.

This group of drug abusers was singled out by Senior Parliamentary Secretary for Home Affairs Amrin Amin on Friday (March 1) in Parliament, as he spoke on how drug abuse among young people is an area of concern.

To combat the drug scourge, the authorities have relied on preventive education as their first line of defence, with the Central Narcotics Bureau reaching out to students through talks, roadshows, social media and projects, said Mr Amrin.

"Even as we do more in preventive drug education, we cannot let up on enforcement," said Mr Amin, noting that the ministry has amended the Misuse of Drugs Act recently.

New measures under the Act include a new offence targeting those who "contaminate" others with their drug knowledge, either by facilitating or promoting drug use.

Abusers who leave drugs at home and expose children to such drug risks will also be penalised.

Additionally, the drug rehabilitation regime will also be strengthened, as the ministry will make a distinction between pure abusers who only consume drugs and those who also commit other crimes on top of their drug habit, said Mr Amrin.

Pure drug offenders will undergo intensive rehabilitation in the Drug Rehabilitation Centre instead of going through long-term imprisonment.

However, Worker's Party chief Pritam Singh (Aljunied GRC) questioned if this new regime would inadvertently benefit those from more affluent families, as they would presumably have lower barriers in getting drugs, compared to those from lower-income backgrounds. 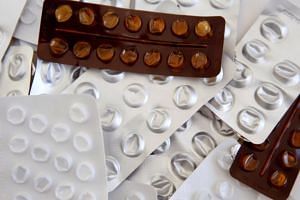 Law amended to focus more on rehabilitation of drug abusers

In response, Home Affairs and Law Minister K. Shanmugam said that about nine in 10 inmates on long-term imprisonment sentences were from the bottom 20th percentile of wage earners nationally.

He also cited data showing that wage earners in the bottom 20th percentile are not more likely to commit other crimes and take drugs, compared to those who earn more.

While those who only abuse drugs may not need detention, those who abuse drugs and commit crime need to be treated differently, said Mr Shanmugam.

"Those in the second category need to be helped to move out of criminality and drugs," he added.

Prior to their release, the Singapore Corporation of Rehabilitative Enterprises will match them to jobs and provide job coaching to help abusers, said Mr Shanmugam.

Those with a higher risk of re-offending are also given more help through a mandatory after-care scheme, he added.

"We will make further changes as necessary, and monitor closely."