He believes that getting caregivers to work will help solve the current "structural mismatch" between the demand and supply for manpower, calling for a change in the Singapore labour market which "has long been based on the full-time staffing model".

Mr Heng, who is Senior Minister of State for Defence, is deputy secretary-general of the National Trades Union Congress.

He pointed out that companies across many sectors have been "crying out for manpower to meet their needs".

Surveys have also shown that a significant proportion of women, who quit their jobs to be caregivers, would like to return to work if they could find part-time jobs that allowed them to balance between work and family, he added.

"This also means that if more companies have such options for their workers, many of those who had to quit to care for family would have been able to stay in work, earn and provide better for their immediate and longer term needs," Mr Heng said.

Singapore's full-time mature worker employment rate is 67.1 per cent, which compares favourably with many countries in the Organisation for Economic Cooperation and Development. But the equivalent rate for part-time workers here is only 8.3 per cent. 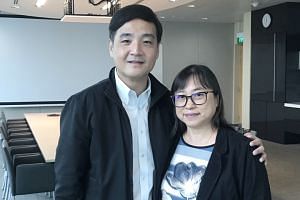 "This tells us that most Singapore companies have not yet learnt how to ably utilise and integrate part-time and other flexible work options into their mainstream manpower model, or are perhaps also unwilling to do so," Mr Heng said. "This is despite years of promoting flexible work arrangements by the tripartite partners at national and company levels."

Calling for a thorough review of how such work arrangements can fit into mainstream staffing models, he said: "We have to investigate mindsets, close knowledge gaps and consider incentives to open the way and grow the capacity."

Mr Heng was the first of 10 labour MPs scheduled to speak in Parliament on Tuesday, during the debate on this year's Budget statement.