SINGAPORE - The Singapore Armed Forces (SAF) will deal severely with any personnel found to have abused their peers or subordinates, Defence Minister Ng Eng Hen said in Parliament on Tuesday (July 10).

"The Ministry of Defence and the SAF take a zero-tolerance approach towards any form of abuse of soldiers or personnel, either by their commanders or peers," he said.

Dr Ng gave the assurance in response to Non-Constituency MP Dennis Tan, who had asked if any form of ragging was allowed in the SAF and whether such activity was part of the recognised duties of any SAF officer.

The minister stated that "acts of humiliation" are specifically prohibited.

"While military training aims to build up the physical and psychological resilience of soldiers, and instil discipline, their safety need not be compromised," he said.

The issue of abuse in the uniformed forces came under the spotlight after the deaths of two full-time national servicemen (NSFs) in the last few months. 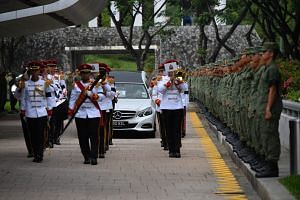 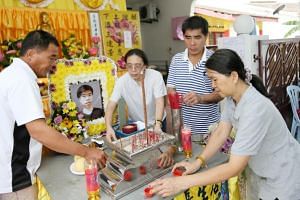 Death of SCDF NSF: 'How come in a fire station, where they are supposed to save lives, my son had to die?'

On May 13, Corporal Kok Yuen Chin, 22, a Singapore Civil Defence Force NSF, died after going through ragging activities that involved him getting into a fire station pump well.

On Tuesday, Dr Ng said that the SAF has put in place over the years a comprehensive safety management system where all training activities conducted have to be authorised and clearly outlined with safety measures and limits.

He stressed that SAF personnel who engage in bullying, conduct unauthorised activities or negligently fail to follow training safety regulations have been and will continue to be severely dealt with, and prosecuted within the SAF or in the State Courts.

He cited a few cases, including one in which a trainee died after being submerged in water during a Combat Survival Training course. In 2005, the supervising officer, conducting officer and instructors from the Commando unit involved were sentenced to six to 12 months' jail by the State Courts.

Dr Ng said SAF soldiers are encouraged to report any unauthorised activity or punishment. New recruits are specifically briefed on how they can do so through their unit supervisors or feedback units.