SINGAPORE - The Criminal Justice Reform Bill and the Evidence (Amendment) Bill tabled in Parliament on Wednesday (Feb 28), if passed, will introduce new measures to beef up the criminal justice system.

These include the video recording of police interviews, safeguards to prevent defence lawyers from questioning complainants of sexual and child abuse offences on their sexual behaviour, and the expansion of community-based sentencing options.

Other proposed measures include making it necessary for the prosecution to share details of its case in a wider range of offences, and strengthening the regime on victim compensation.

These changes mark a "major step in a long-term move towards a more progressive, balanced and modern criminal justice system that still protects society from crime effectively", said the Ministry of Law (MinLaw) on Wednesday.

Adding that the proposed changes are in the spirit of past reforms and that many build directly on those reforms, the ministry outlined how the Government has advanced from its position on these issues through the latest changes and amendments to the Criminal Procedure Code (CPC) in 2010 and to the Evidence Act in 2012.

As recently as 2010, the Government did not consider it beneficial to introduce VRI.

But extensive study of both local conditions and overseas best practices and intensive stakeholder consultation has led to the inception of VRI.

MinLaw said this measure will open the police interview process to greater scrutiny, and has the overall purpose of helping judges deliver fair and accurate trial outcomes. 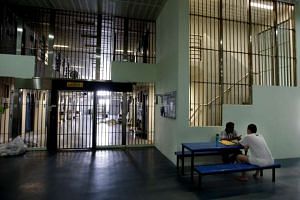 Community sentencing options set to be expanded, among wide-ranging reforms to beef up criminal justice framework 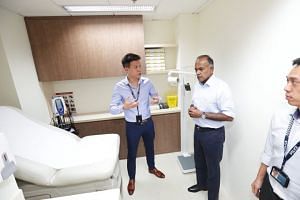 Protection of complainants of sexual and child abuse offences

Before the 2012 changes to the Evidence Act, the law allowed the defence to cast doubt on the credibility of rape complainants by attacking their "general morality" such as their sexual history, even if it was not relevant to the charge.

This was abolished in 2012 to protect victims of sexual crime from being further victimised in the court process.

Under the proposed changes tabled on Wednesday, safeguards will be implemented to further protect the identities and privacy of complainants of sexual and child abuse offences, including restrictions on questions about their sexual behaviour.

Among other things, the court may also allow a vulnerable victim to testify behind a physical screen, to prevent the accused person from seeing them.

Before the 2010 CPC amendments, there were few options to deal with offenders other than fines and imprisonment, said MinLaw.

It said the Government introduced CBS as it recognised the need for a range of rehabilitative options that targeted the root causes of crime and that they might protect the society better than fines or imprisonment.

Describing CBS as "popular and successful", MinLaw said the scheme is being enhanced by expanding the range of offenders and offences that are eligible.

This will include specified minimum-fine offences, where no particular type of sentence is mandatory but where a fine is imposed involving a certain minimum amount.

Victim compensation recognises that criminal law is not just about the public's interests, but the interests of individual victims.

The proposed changes will enable victims to participate directly in the compensation process in court.

Before the 2010 CPC amendments, the prosecution was not obliged to share any details of its case or the police statements of the accused before trial, in what the MinLaw described as a system that "was adversarial in the purest sense".

In 2010, almost all offences were put under a pre-trial disclosure regime and has led to a recognition now that the current system "contributes to fairness as well as an accurate outcome at trial", said MinLaw.

Under the proposed changes, the coverage of this system will cover further important offences including those under the Moneylenders Act and Prevention of Corruption Act, added the ministry.