SINGAPORE - Just as the Malay/Muslim community rose strongly against the challenge of the Jemaah Islamiyah terror threat more than 10 years ago, it must today press on to reach out to every segment of the community, Minister-in-charge of Muslim Affairs Yaacob Ibrahim said on Tuesday (Jan 26).

In the light of sectarian strife and terror attacks around the world, he urged the community to "speak with one rational, moderate voice against exclusivist and extremist doctrines".

Dr Yaacob, in his first speech on the issue in the wake of recent terror arrests of a group of 27 radicalised Bangladeshi workers here, said such a time calls for extra vigilance to keep the country safe and secure, whether against radical ideologies, errant preachers, or of any suspicious activities.

"We must stand as one united people and not let the radical actions of a few spread fear and suspicion among the different communities in Singapore," he said on Tuesday, the second day of debate on the President's Address.

Senior Minister of State for Defence and Foreign Affairs Maliki Osman also spoke at length on the need to combat extremist tendencies.

Non-Muslims must understand that terrorism is based on radical ideologies that are "completely un-Muslim and unIslamic", he said. 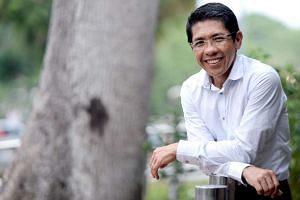 Dr Maliki also said the Malay/Muslim community must also "act decisively (to) give the clear message and assurance that we denounce violence".

And to preserve social harmony, the wider community must do "small but important things" such as correct misconceptions or stereotypical and anti-Muslim remarks or actions by family members and friends, and also in social media.

The message of a greater contestation of ideas in an increasingly diverse society was also made by Dr Yaacob on Tuesday.

He noted that the Malay/Muslim community here cherishes the virtues of moderation, respect for differences, the promotion of inclusiveness and open diversity.

"We know very well that we cannot afford to be divided by narrow views or the selfish agenda of a few individuals or groups," Dr Yaacob said. "Yet in recent times, we have started to see some quarters in society, and not just in the Malay/Muslim community, holding stronger, if not intractable, views on a range of complex issues."

He added: "Harsh judgments and pejorative labels have been unnecessarily passed." 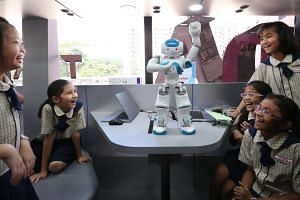 As global events, online media trends and migrant changes "threaten to accentuate our differences and bring culture wars that are taking place half the world away to our door step", the community must respond by fostering an environment of mutual respect and understanding.

On its part, the Government will serve as community arbiter.

But it will be increasingly difficult to balance the competing views and interests, Dr Yaacob said.

"Our usual approach of negotiating sensitive matters carefully and discreetly is being challenged," he said. "If we should be intolerant of anything at all, it would be against the intolerant, particularly those who sow discord, spark disunity, and incite hatred."