Cue a reality check, whether winner or loser. For the PAP, it means embracing the nitty-gritty; for the opposition, it's home-truth time.

It has been exactly one month since the Sept 11 General Election, and whatever shock or surprise the results delivered have worn off for many of the political parties.

With the polls firmly behind them, the parties have got back into the swing of things.

The People's Action Party has hit the ground running, setting up a number of new party branches and securing locations for its weekly Meet-the-People Sessions. It seems the party believes that it was the tireless grassroots efforts of the last five years that helped clinch its 69.9 per cent vote-share victory, and 83 out of the 89 seats for elected MPs.

The Workers' Party, the No. 2 player on the scene, is also looking ahead and has moved on from its unexpected disappointment at the ballot box, where it narrowly held on to Aljunied GRC. The party has gone into soul-searching mode, even as it presses on with its plans. 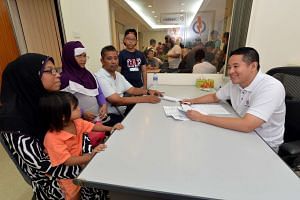 For the PAP, the real work begins now

Despite not getting its younger members into Parliament, the WP has gone ahead with renewing its leadership ranks, and has held a meeting to appoint some candidates to its top decision-making body. 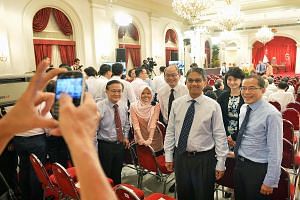 The rest of the opposition camp, meanwhile, have found the results a sufficient wake-up call to reach out to discuss a possible merger or coalition. So far, the National Solidarity Party, People's Power Party, Singaporeans First and Reform Party have met up. Talks are still in the preliminary stage, but party leaders say something needs to be done to give opposition players a better chance at electoral success.

Insight looks at the parties' plans for moving ahead, a month from the general election.

A version of this article appeared in the print edition of The Sunday Times on October 11, 2015, with the headline 'One month after GE2015'. Subscribe
Topics:
More
Whatsapp Linkedin FB Messenger Telegram Reddit WeChat Pinterest Print Purchase Article Copy permalink