SINGAPORE - Dr Ng Eng Hen, the organising secretary for the ruling People's Action Party, has dismissed suggestions that the party was trying to capitalise on the Golden Jubilee and the passing of Mr Lee Kuan Yew with the timing of the coming polls.

Speaking to reporters after unveiling the party's first three new candidates on Wednesday, Dr Ng said that the PAP had been preparing for the next elections well before last weekend's SG50 celebrations.

"Are we capitalising on the golden jubilee and Mr Lee's passing? We have been looking for candidates now for full four years," he said at a coffeeshop in Toa Payoh where he introduced new candidates Mr Chong Kee Hiong, Mr Chee Hong Tat and Mr Saktiandi Supaat. 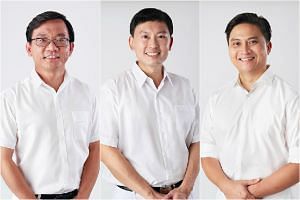 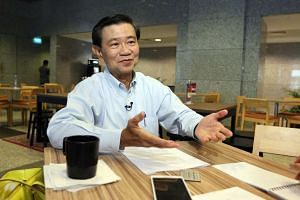 "Mr Saktiandi, Mr Chong Kee Hiong have been on the ground two over years. We have begun preparations for general elections in earnest for four years. The record speaks for itself. We did not cobble up this team."

Dr Ng, who is also defence minister, added: "It's not easy being organising secretary as well as having to oversee the National Day Parade celebration. So I just ask for a little sympathy. But since the National Day celebration and the parade went off well, that was a huge sigh of relief and after that I could really ask the party to focus on elections because we are in election season."

And while acknowledging that election season had begun in earnest, he was cryptic about when the polls would take place.

"Election season started even before August 10. It started in earnest when the Electoral Boundaries Review Committee report was out. Geographically, seasons last three months so you have to take your bearings from that," he said. 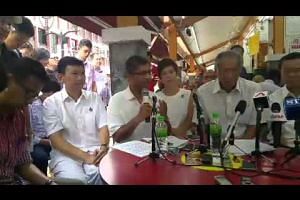 Hri Kumar Nair: My wife's illness made me refocus my priorities

Still, he welcomed news that a joint opposition team formed from members of the Singapore People's Party and the Democratic Progressive Party intended to contest his ward of Bishan-Toa Payoh GRC.

Said Dr Ng: "Bishan-Toa Payoh residents are very savvy. They have witnessed many elections since this town was built and they are not easily enamoured of or easily gulled by platitudes or aspirations. They vote from enlightened self-interest and that's indeed how they should. And the party convinces the voters here that they can best take care of them will win their support."