SINGAPORE - The Government will make the decision on what is deemed false under proposed laws to fight the spread of online falsehoods.

The Protection From Online Falsehoods And Manipulation Bill, tabled in Parliament on Monday (April 1), gives Singapore's ministers the power to trigger actions, such as the correction or removal of false content.

This decentralised approach is aimed at tackling online falsehoods in a speedy way given their tendency to go viral quickly.

Minister for Communications and Information S. Iswaran, speaking to reporters at a briefing on the Bill last Thursday, said: "The domain minister, advised by his officials, is in the best position to decide whether something is a falsehood and assess its impact on public interest."

Once the false content is deemed to be harmful to public interest, the minister will work with the competent authority in the Info-communications Media Development Authority of Singapore (IMDA) on the action to take.

For instance, he can order corrections to run alongside the false content or ask for it to be taken down.

He can also order the blocking of accounts or sites that are spreading the untruths. 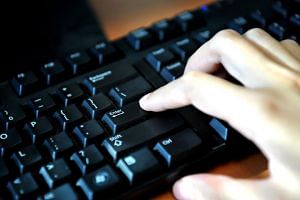 Individuals, companies to get more protection against online falsehoods under changes to harassment law

In such cases, the police will investigate, and those responsible will be charged in court. If found guilty, they can be fined or sent to jail.

Speaking on the safeguards in the law, Mr Iswaran said that while many other laws in Singapore make reference to public interest, the Bill goes a step further and spells out what constitutes public interest.

Under the Bill, ministers can act only when two conditions are met: a false statement of a fact has been communicated in Singapore through the Internet and when it is in the public interest to intervene.

While people and technology companies will have to comply with the orders to avoid penalties, those who feel aggrieved can seek redress through the courts, which will have the final say on what is false.

To avoid a conflict of interest during political elections, the Bill provides for an alternate authority to be designated during election time.

Ministers must devolve their powers to senior civil servants during these periods, and must do so before an election is called.