The Joo Chiat single-seat ward is a "natural fit" for Marine Parade - the GRC that it will be a part of in the next general election, Emeritus Senior Minister Goh Chok Tong said yesterday.

In a Facebook post which also provided a strong indication that he will contest the upcoming polls and defend his seat, he wrote: "I cut my political teeth in 1976 in Joo Chiat. I am emotionally attached to it. It is like having an elder brother return home."

He added that two precincts of Joo Chiat were already in Marine Parade GRC and so it was "good that Joo Chiat is organically united again". 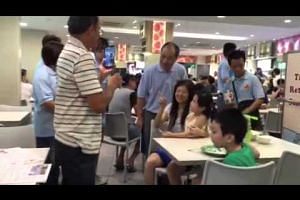 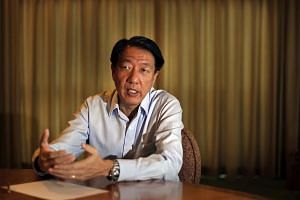 Said Mr Goh in his post: "Whatever the boundary changes, however much the inconveniences, we take them in our stride.

"After all, voters are all Singaporeans. We will win their hearts and serve them."

His comments came amid criticism from the opposition that Joo Chiat's boundary was redrawn and the ward absorbed by Marine Parade GRC because the People's Action Party (PAP) almost lost the constituency in the 2011 General Election.

Mr Yee entered Parliament as a Non-Constituency MP as one of three defeated opposition candidates with the highest vote share.

Following the release of the report by the Electoral Boundaries Review Committee last Friday, Mr Yee said he was "highly disappointed" that Joo Chiat would no longer be on the electoral map in the next polls.

"I think that we had a very gentlemanly fight and I was looking forward to coming back to Joo Chiat again so that the residents can make a choice. But with a stroke of a pen, it all disappeared," he said.

Mr Chong, a six-term MP, had been expected to step down at the coming elections, but the door remains open for him to stay on in Joo Chiat as part of a reconfigured PAP slate for Marine Parade GRC.

When asked yesterday about accusations of gerrymandering by some in the opposition and also on social media sites, Social and Family Development Minister Tan Chuan-Jin pointed out that Fengshan and MacPherson were part of the heavily contested GRCs of East Coast and Marine Parade respectively, but have nevertheless been carved out as single-seat wards.

"As a result of having more SMCs and, on average, smaller GRCs, inevitably you will have readjustments in boundaries," Mr Tan told reporters during a visit to MacPherson with fellow Marine Parade GRC MP Tin Pei Ling.

Ms Tin, who is expected to give birth early next month, is likely to go solo in the next polls and stand in MacPherson.