Helping to fulfil the aspirations of young couples is an important aspect of the fourth-generation leaders' vision for Singapore, and the Government will work with Singaporeans to achieve it, said Minister for Manpower Josephine Teo yesterday.

She was responding to a question about how the 4G leaders planned to handle the upcoming general election (GE).

The announcement last Wednesday that the Electoral Boundaries Review Committee was formed last month has renewed speculation about an impending election. The next GE is due by April 2021.

Responding to reporters on the sidelines of the My Family Fiesta at Safra Punggol, Mrs Teo, who assists Senior Minister Teo Chee Hean on population matters, said it was "a little bit early" to talk about the elections.

She said: "What Singaporeans would like to know is how can we move forward together as one nation. And what can we do in terms of building a future that meets all of our aspirations. One important aspiration for young couples is families. And this is part of that sort of a vision for the future."

She added that this is her area of focus in the larger Singapore Together movement - the citizen engagement exercise helmed by 4G leaders to partner Singaporeans in designing and implementing solutions across a wider range of issues and policy areas.

To this end, she has launched a Citizens' Panel on work-life harmony, and an important aspect of it is involving citizens in the conversation, she said.

MOVING FORWARD AS ONE NATION

What Singaporeans would like to know is how can we move forward together as one nation. And what can we do in terms of building a future that meets all of our aspirations. One important aspiration for young couples is families. And this is part of that sort of a vision for the future.

"It's not top down. It's not exactly bottom up either. It is different stakeholders coming together, appreciating each other's perspectives, and then together collectively, setting the path forward," she added.

Mrs Teo recently announced pro-family measures which will help to lower the cost of raising children, including higher subsidies for childcare and more government co-funding for assisted reproductive technology.

Minister for National Development Lawrence Wong is slated to speak about how the Government intends to enhance housing support, she said. 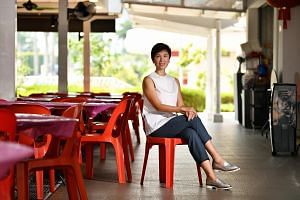 First-timers buying new and resale HDB flats to get more help, details to be revealed in September

Support on the ground is also crucial, and events such as the one at Safra help to give young families a sense that "everyone is behind them, supporting them, encouraging them, and also helping them to make parenthood a very enjoyable experience", she said.

"I think that's important. And we hope that these kinds of activities will promote that sense of family friendliness throughout Singapore."

Senior Minister of State for Transport and Communications and Information Janil Puthucheary, who is an MP for Pasir-Ris Punggol GRC, where the event was held, said he hoped that Punggol would be a test bed for family-friendly programmes on the ground, which can be implemented islandwide if successful.

"It's about the infrastructure, the programming and the attitude that we've got to help families bring up kids. We hope that in Punggol we have a good demonstration of what can be done," he added.

Also at the event were Mr Teo and Senior Parliamentary Secretary for Home Affairs and National Development Sun Xueling, who are both Pasir Ris-Punggol GRC MPs.