The posts exploited racist and xenophobic faultlines and drew a substantial amount of traffic to the site, which raked in nearly $500,000 in advertising revenue in 17 months.

Takagi's conviction puts to rest one of the ongoing debates netizens have about the identity of "Farhan", a name which first gained prominence in 2013 as TRS's supposed chief editor - Mohd Farhan.

Responding to complaints then about the site's controversial content, "Farhan" said it was "transparent and accountable", and denied allegations that Takagi and her husband Yang Kaiheng held any positions within the site. 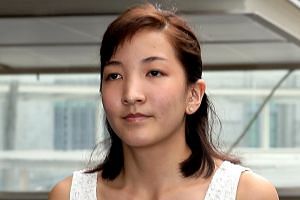 Even as Takagi was convicted of sedition on Tuesday (March 8), netizens were quick to point out that a user named "Farhan" was also the driving force behind another socio-political website All Singapore Stuff, which picked up steam soon after TRS was shut down in May last year.

Indeed, the first post on All Singapore Stuff was put up in January 2014 by none other than a user named Farhan. Some articles, like those reporting on discontent among races, also bear a resemblance to those posted on TRS.

All Singapore Stuff, which carried articles in support of the ex-TRS editors, also created at least two other Facebook pages - Must Be Singapore and Cool Singapore Bureau - in the last two years to spread its content. Farhan's posts have also been carried by another site - Kaki News Network - which was taken down earlier this year after complaints about copyright infringement.

Questions directed at the team behind All Singapore Stuff were not answered.

Lawyer Bryan Tan of Pinsent Masons said it is difficult to ascertain the identity of those behind websites - including Farhan - as they can register their domain names using domain privacy services and host content overseas.

"Controversial content might get you the hits initially, but if you keep repeating bad behaviour, perpetuating falsehoods and exaggerating issues, you'll run into problems very quickly," Mr Tan said.