The Ministry of National Development (MND) and its then minister Khaw Boon Wan "did not have any difficulty" in accepting the Workers' Party-led town council's decision in 2011 to waive the tender process for a new managing agent.

And yet, KPMG found that the WP had failed to justify the waiver of tender in appointing FM Solutions & Services (FMSS) to run Aljunied-Hougang Town Council (AHTC).

In pointing this out yesterday, Senior Counsel Chelva Rajah, who is defending five WP town councillors in a multimillion-dollar civil suit, questioned why the auditor had not considered the views of MND and Mr Khaw when compiling its October 2016 report.

KPMG was tasked to look into AHTC's books after the Auditor-General's Office found significant governance lapses in a special audit. KPMG's 2016 report said the contract AHTC signed with FMSS was done "improperly".

But Mr Rajah said AHTC was justified in awarding the managing agent contract to FMSS without calling a tender, as it did so to ensure an uninterrupted flow of services for its residents.

He cited then Minister for National Development Khaw Boon Wan, who at a parliamentary debate in May 2013 spoke about how the Town Council Financial Rules (TCFR) "provide latitude" to town councils to waive the requirement for a tender.

Mr Khaw, who noted that then-AHTC chairman Sylvia Lim had done so, said: "MND left the appointment to her best judgment and did not object. We have to apply the Town Councils Act and the TCFR fairly, evenly and consistently." 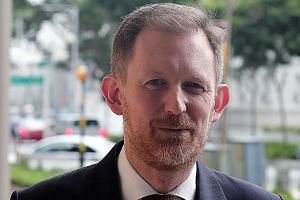 Senior counsel throws doubt on motives behind change of agent

Presenting his argument, Mr Rajah said: "So, it would appear that as far as Mr Khaw was concerned, he didn't have too much difficulty with the fact that a waiver had been given as far as the first managing agent contract agreement was concerned."

"Do you accept that?" he asked KPMG executive director Owen Hawkes.

"You are correct," Mr Hawkes replied. "Well, it says that MND left the appointment to the 'best judgment'."

Mr Rajah also highlighted a 2013 report by MND which noted that the appointment of FMSS by AHTC "allowed AHTC to ensure continuity of service to residents", and that "there was no compromise of services".

He asked Mr Hawkes if he had bothered to check with how the MND arrived at its conclusions.

Mr Hawkes said there was no need to as KPMG's job was to look at the exact circumstances of the waiver and whether it was done in accordance with TCFR.

Mr Rajah then said: "Although you were aware of MND's view and of minister's view as expressed in his statement to Parliament, neither had any difficulty in accepting that waiver was properly called for and exercised, you saw it fit to nevertheless state in your report that the circumstances as recorded in contemporaneous documentation did not justify the waiver of tender."

Mr Hawkes said yes, and added he did not know if MND or Mr Khaw had reviewed documentation on the waiver then. "I don't think the phrase 'didn't bother' is appropriate. The fact is it was not appropriate to check," he said.